On our final morning we had one last safari at Nzuma before we transferred to our next lodge. We had not seen lion on the previous four safaris or any further Leopard sightings.

Over an early coffee at 5.30am our wonderful guide Stefan informed us that lions had been heard during the night and we were off to try and find them. Both Stefan and our wonderful tracker Vusi carefully studied the dirt tracks for prints but after an hour there was still no sign. Then out of the blue Vusi spots two males around 100 metres away behind some trees and it was all systems go, to go see them at closer range.

We had brief but good close views of both lions before they hot pawed it into the bush and could not be located. We spent the next couple of hours looking for the rest of the pride. Stefan and Vusi, went on foot and found another male near a kill but it ran as soon as it saw them and could not be relocated. 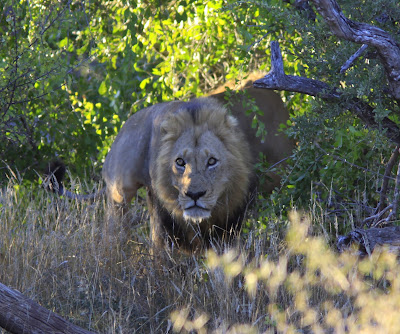 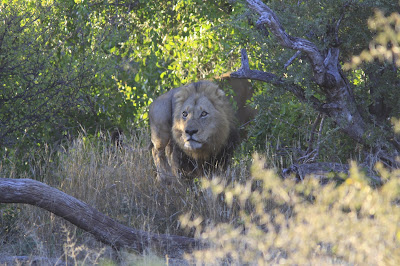 It was time to get back to the lodge, finish packing and make our way to our  next destination.

About Nzumba:
Nzuma was a great location for our first stop. We saw 4 of the Big 5 (not Buffalo) but we had to work for it. The lodge itself is superb. The accommodation was very comfortable, and the food just could not have been better. 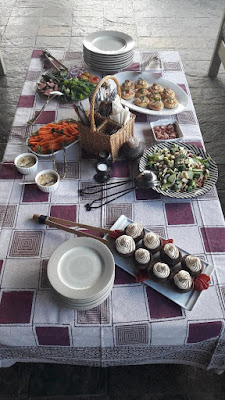 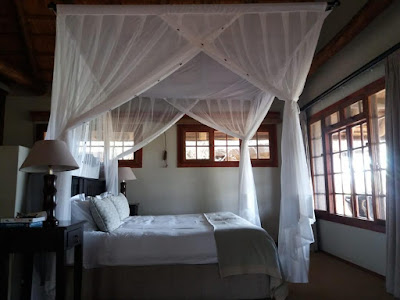 Each day we got a 5.30am knock for our 6am safari. Hot drinks, muffins and breakfast was provided. It is winter in South Africa now so at 6am it was cold. For the first couple of hours we needed layers,  hats and gloves. During the day it got up to a a nice 25/26c. During our morning safari we would usually find a safe spot to stop for more drinks and snacks, before getting back around 10.15am, just in time for a lovely and massive breakfast. We then had a few hours to ourselves, before high tea was served at 3.30pm. Stuffed we then headed out on our afternoon safari. As the sun disappeared over the horizon we'd stop for a hot drink or cold beer etc, if you prefer, getting back at 7ish, for a quick shower before a sumptuous evening meal, served communally with other guests if there are any. The lodge has three rooms so it is never crowded.

This lodge really was fantastic and could not be faulted. 5/5!


Posted by Martin Blow (martin.blow@rocketmail.com) at 06:15