Face to face with an angry Black Rhino

We moved on to Rukiya Camp, located on the banks of the Blyde River. Here we had luxury tented accommodation which was fine, but cold at night, being winter in South Africa. The river and lawn area provided a number of birds sightings including the monster Giant Kingfisher (44cms).

Wild Rivers is not a big 5 reserve and we had to drive around 30 minutes each morning to the Excellence big 5 reserve. The evening drive was at Wild Rivers, however, these were pretty quiet in comparison. 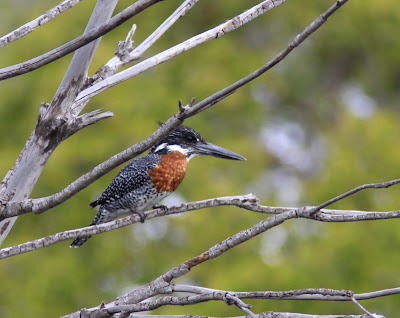 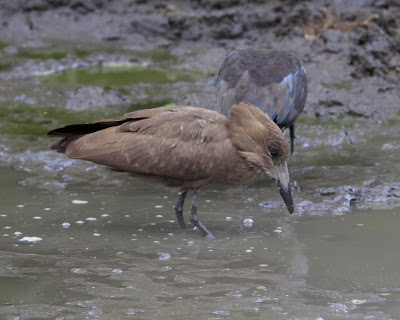 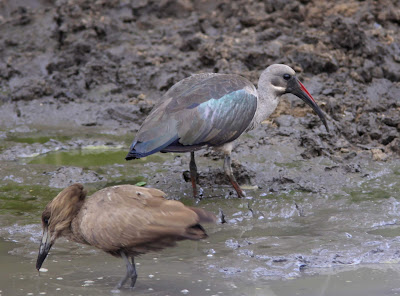 We were advised to take gloves and hats for the early morning drives and we never needed them more than on the transfer along a motor way for the morning game drives, it was freezing! Only 2 vehicles, both from Rukiya Camp, have access to the private site, and on our first morning safari we were notified within 5 minutes of entering the reserve, that the other vehicle had located a rare Black Rhino. Our ranger advised us that there are only 2 Black Rhino in the reserve and they had not been seen for a few weeks since they had a fight, which left one, with serious injuries. The animal that had been sited was the victor who were told was quite aggressive and had previously attacked and damaged vehicles....gulp. 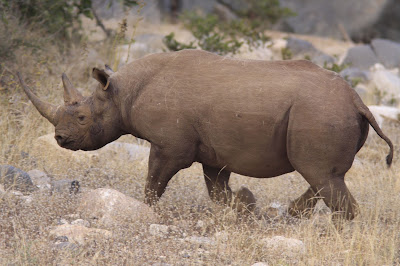 At first the rhino was very wary and just ran when we got anywhere near it. We eventually tracked it down to a more open space where we could view and photograph it from a safe distance, however, I think it had other ideas. 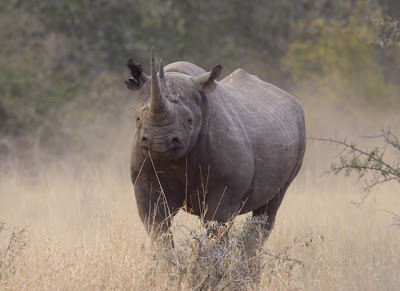 It became a quite scary experience as the rhino stopped, turned and ran at us. It done this a number of times until it was literally 20 feet away. Our hearts were racing as it snorted and kicked up dust, but luckily it didn't attack, turned and ran off. This was our cue to leave it alone and carry on with our drive. 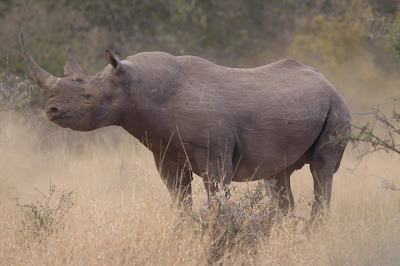 Despite our best efforts we couldn't find any big cats, but I was happy as the site was good for birding. 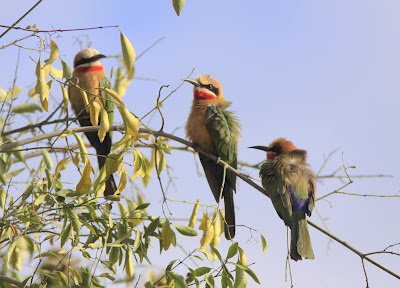 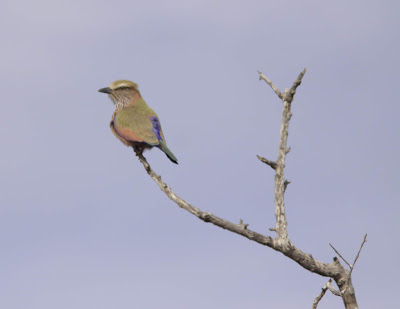 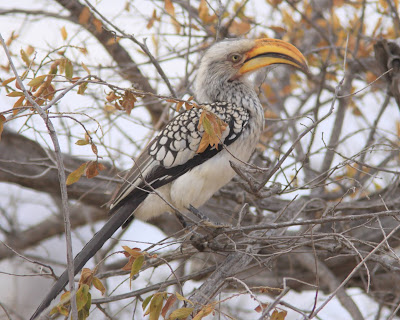 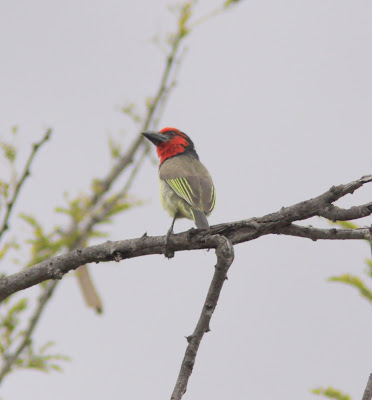 It was then back to the camp where I spent the afternoon birding from the bar, adding a few new species. 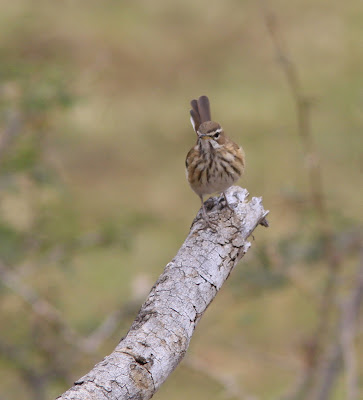 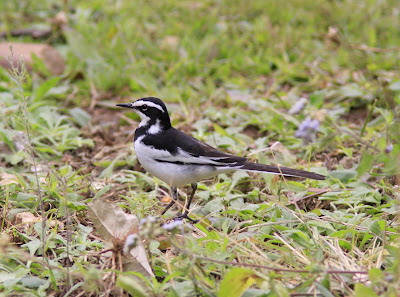 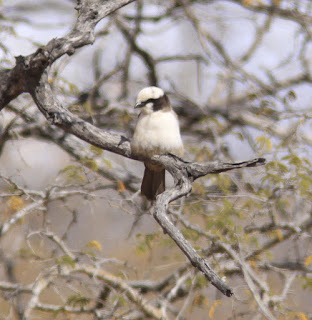 Posted by Martin Blow (martin.blow@rocketmail.com) at 07:05