My first birding excursion New Zealand was a day trip to the wonderful Tiritiri Matangi . is a wildlife sanctuary and is  as one of New Zealand's most important conservation projects.  All mammalian predators have been eradicated allowing some of New Zealand and the world's rarest birds to thrive. The island is around 1 hour and 20 minutes by boat from Aukland and once there you will be guided from the dock up to the visitors , and hopefully along the way you will see some of the rare birds the island offers the opportunity to see. 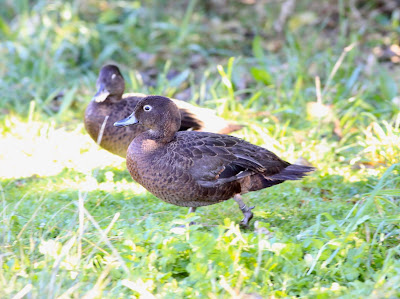 Brown Teal
Once regarded as one of the world's rarest duck. It is thought there are fewer than 1000 remaining 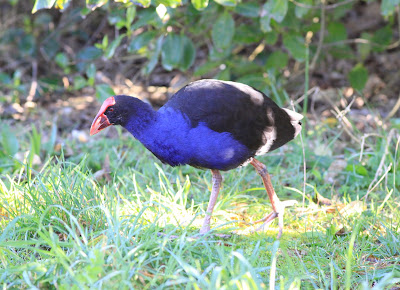 Pukeko ()
One of the island's common residents 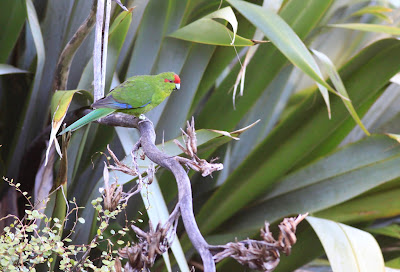 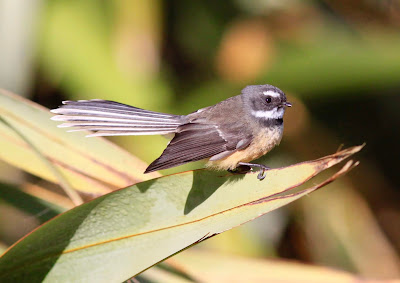 Fan Tail - I never tired of seeing them 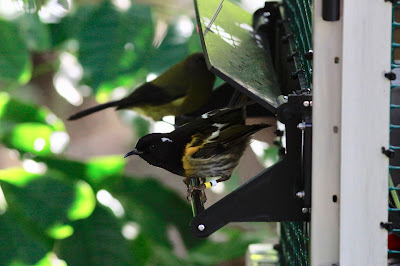 - a rare endemic
One of a few seen. They are significantly bigger than I had expected, were very , hence the rubbish photo, and never sat still for more than a second or two 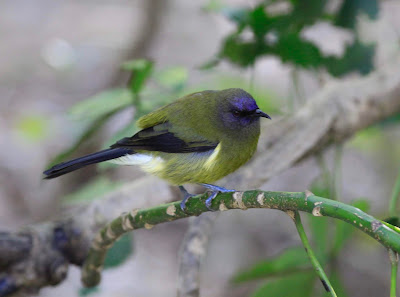 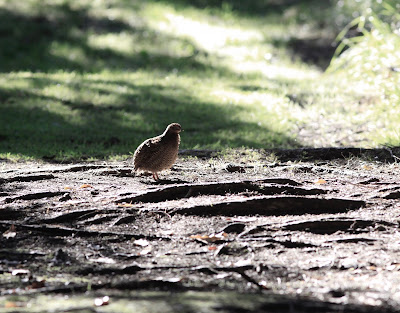 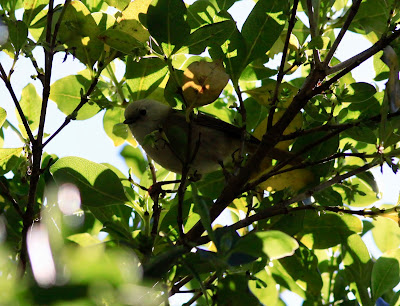 Whitehead - another rubbish photo of another common endemic 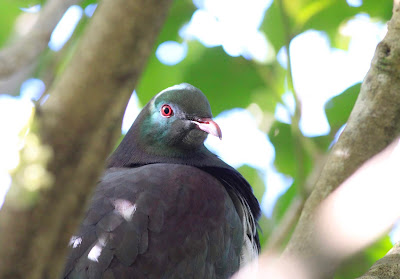 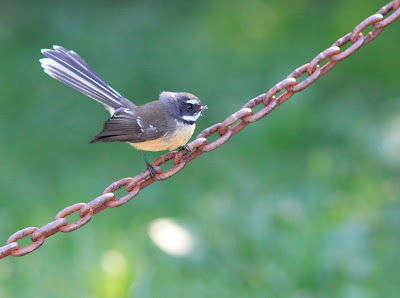 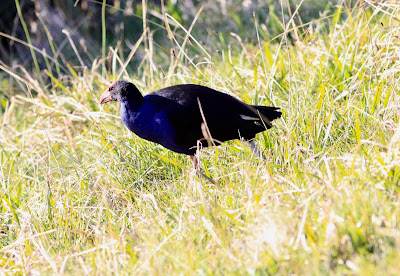 - rare endemic - at one time thought to be extinct! 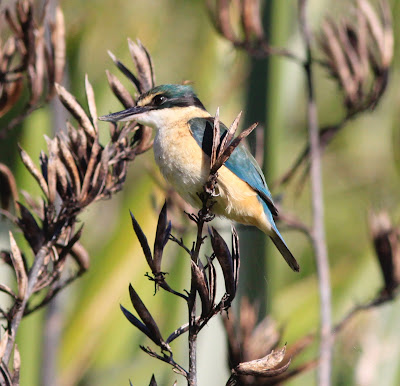 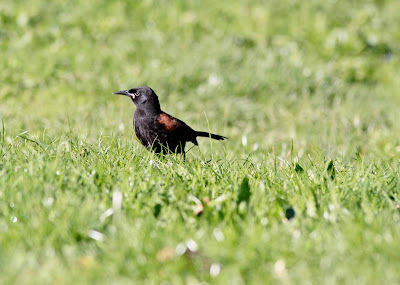 Saddleback - another rare endemic
As with many successful conservation projects, the island is mainly looked after and managed by volunteers, who do a fantastic job. Any birder visiting New Zealand, and in the Auckland area, MUST pay a visit.


Posted by Martin Blow (martin.blow@rocketmail.com) at 09:46 No comments: