If you thought the photos in the last blog post from my Spain trip were pretty poor, then you ain't seen nothing yet, but it does at least give you the idea of what it was like. It was a great trip with loads of good birds seen, but many were not close. If it's photos you are after, you may be disappointed.

After an early start and a traditional yummy Spanish breakfast on route we found ourselves in farm land looking for bustards. Luckily we drive right past a Little Bustard (life tick for mehidden in crops in a field, just 20 feet from the road, we slowly reversed the car but it flushed and flew off into the distance. We heard another and gave it 20 minutes, but never gave it up. Whilst waiting we had our only Purple Heron of the trip (flyover), a few Turtle Doves, our first Montague's Harrier, Hoopoes, Red Rumped Swallows and quite a few Gull Billed Terns.

Our next stop a few minutes away we were on the look out for Great Bustard. None were in the fields at first.  A Quail provided background music to our scouring and a White Stork flew in. looking at the stork, two Great Bustards had flown in and were standing out in the open at the far end of the field in front of us. My second life of the morning. 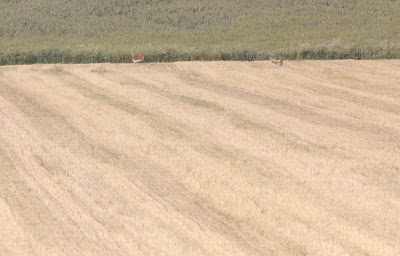 On we continued, stopping along the way, picking up a Spectacled Warbler, more, but distant Great Bustards and White Storks. A hovering bird caught my attention as we drove along. The usual call of "Hang on, what's this?" and bingo! A Black Winged Kite. This was Dave's number 1 target bird of the trip. We had good views, and my photos really don't do it justice. 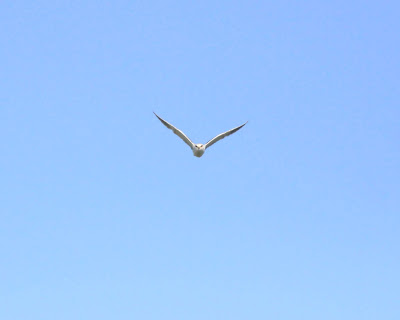 This stop turned out to be really fruitful with numerous Lesser Kestrel, a singing male Golden Oriole, Bee eaters, more Montys and then an amazing fly past, right , of fourteen Honey Buzzard. Dave spotted   in the distance and very fortunately they decided to fly right over our heads. An Eqyption Vulture was also added to the trip list. 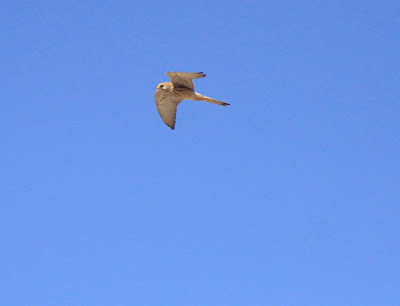 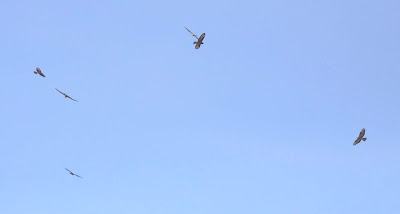 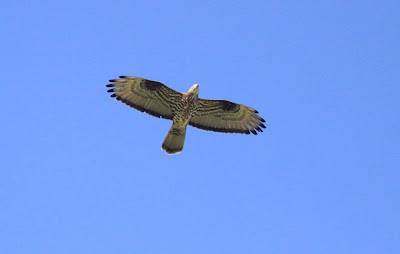 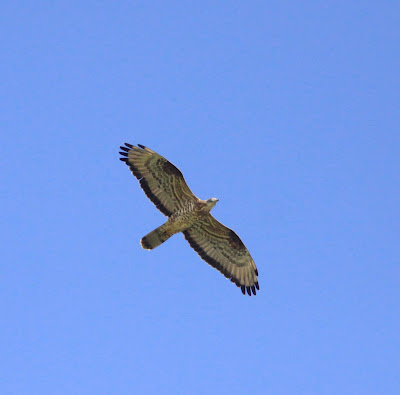 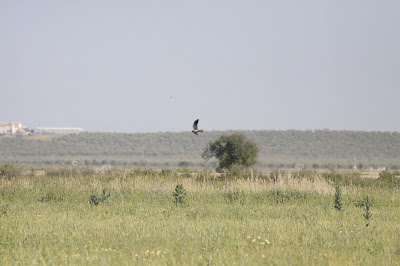 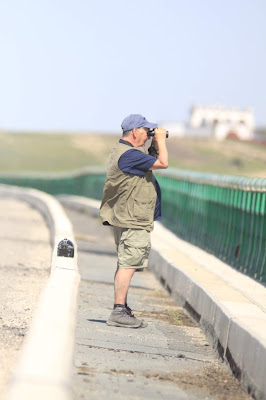 Dave Mo on the look out for Collared Pratincoles 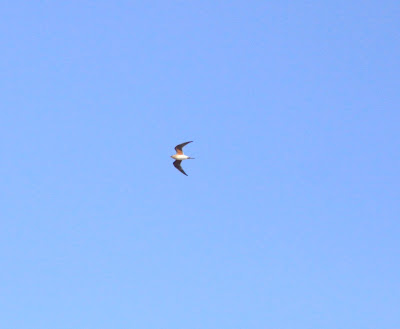 A stop on a bridge overlooking a vast area where bulls, being bred for bull fighting, contained Glossy Ibis, a flock of about 20 Collared Praticoles, 2 Black Bellied Sandgrouse and Calandra Larks (both ticks).

Next stop on the hunt for Roller. An abandoned farm building and surrounding area produced Little Owl,  more Lesser Kestrels, Spanish Sparrow and Rollers. Four or five were seen. Ironically, I have seen on in the UK before but not one on numerous trips to Spain!

It was now getting seriously hot. A stop for lunch and we were back on the road. The temperature gauge in the car 36c. We were around Osuna, one of the hottest parts of Spain. We birded mainly from the car for the next hour or two, picking up Tawny Pipit, Short Toed Lark, Black Headed Wagtail, Olivacious Warbler, Spotted flycatcher, which was surprisingly our only one of the trip 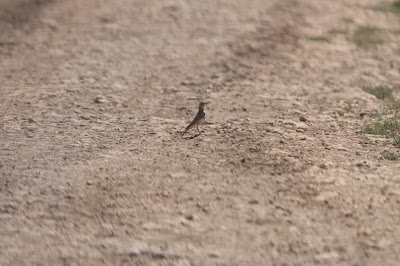 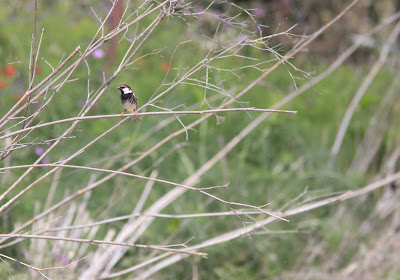 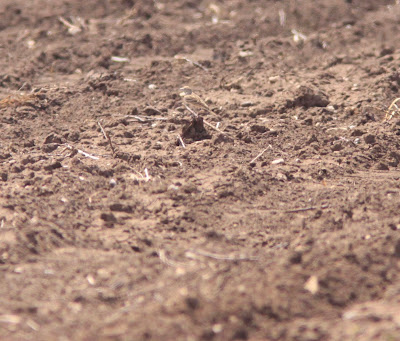 On route home, we stopped at a Fuenta De Piedra Hombre. It is a small lake along side the road that contained an amazing number of birds.  Here we had Greenshank, Wood Sandpiper, Little Stint, Black Tern, Whiskered Tern, Glossy Ibis, Slender billed Gull, Common Sandpiper and a fly by Great Spotted Cuckoo. 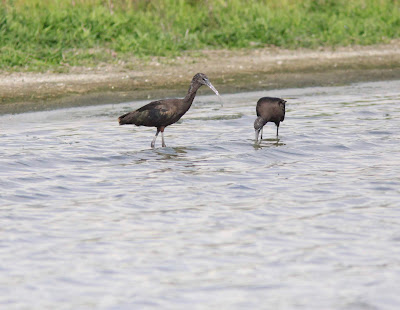 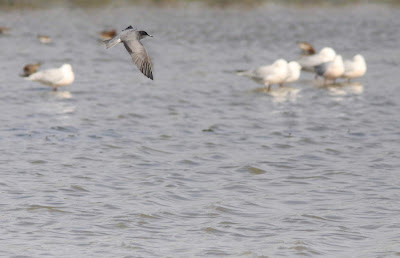 It was a great day. Many quality birds were seen, including 5 life ticks for me.


Posted by Martin Blow (martin.blow@rocketmail.com) at 07:36