A short birding break in Spain - Day 3 - mountain and wheatears

Our last day and we were up early again, this time to try our luck for Eagle owl. We arrived in darkness and walked to a sheer cliff face. We stumbled across a sounder of Wild Boar (family - we had to look up what a family of wild boar was called, sounder! Who would have thought.)  As the sky lightened, the birds began to sing, but as the minutes passed the chance of lessened. Griffon Vultures stretched their wings on the cliff ledges and noisy Choughs were everywhere. Distant views of Blue Rock Thrush added the species to the trip list, and we heard then saw our first Thelka Larks, another tick for me. Spanish Ibex were dotted about the cliffs seemingly balancing precariously on the edge. We never did see the owl, but we did hear its distinctive deep hoot. Half a tick maybe. On the way back to the car we saw the only Alpine Swift of the trip.

We moved onto El Torcel. This was a cracking place, and we were advised to get there early as it gets very busy and noisy with school parties. When we arrived it was quiet and there were birds everywhere among the spectacular rocky outcrops. We added Rock Sparrow (tick), Rock Bunting, Subalpine Warbler, Crag Martin, Orpheon Warbler, Black Redstart and Cirl Bunting. 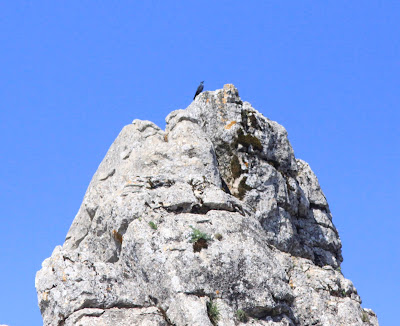 We left as the hoards arrived and headed down the hill to Wheatear central. We were treated to fantastic views of Black Eared Wheatear. Black Wheatear showed well, but more distantly. 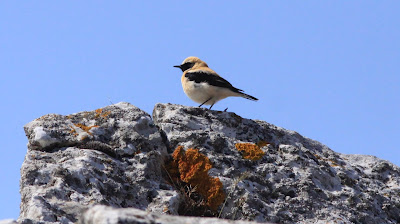 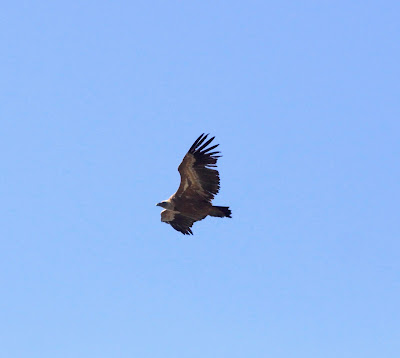 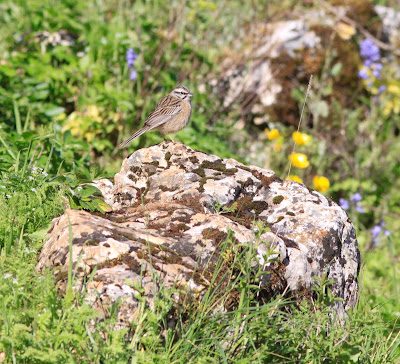 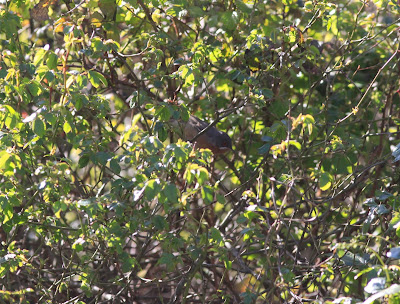 Can you tell what it is yet? A Subalpine Warbler 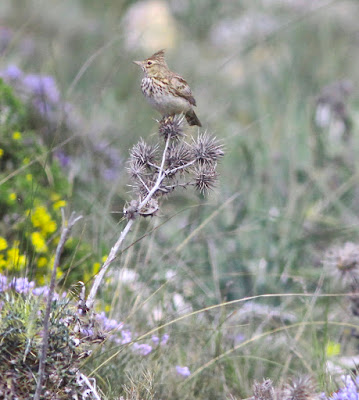 Another stop just down the road on the off chance for Bonellis Eagle, and 15 minutes later boom! One appeared over the cliff top, another life tick.

Our final stop before heading to the airport was to  Marin. A wooded valley with a small river running through. It was seriously hot buy this point and we were somewhat flagging. I didn't manage any photos, but we did see some good birds, including Azure Winged Magpie (tick), Golden Oriole and Short Toed Treecreeper, of note.

It was a fantastic short break, which I would highly recommend. We saw 153 species in total, including 16 lifers.  Everything went well and was very well . Thanks to Dave Morrison and Lee Brown for a great trip. Look forward to another one.
Posted by Martin Blow (martin.blow@rocketmail.com) at 02:25