More Waxwings and other local stuff

Another day, lots more snow and yet more Waxwings. In fact they were very probably the same flock of Waxwings that I had yesterday. My friend John called to ask if i was going out and if so could he join me.We headed back to Harold Hill hoping the Waxwings would still be around. As with the previous day we drove around checking out trees and TV aerials, and after about 20 minutes we came up trumps, 23 birds all crammed onto one TV aerial, on the roof of a house. 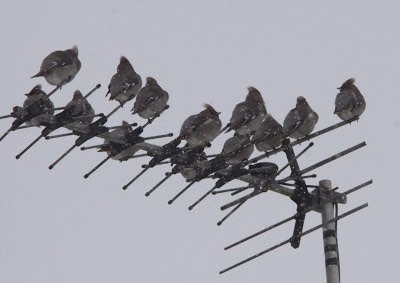 A quick scan around and we could see a berry tree in a nearby front garden, so guessing they were raiding the berries we move nearby as waiting. 10 minutes later our plan was proved right. 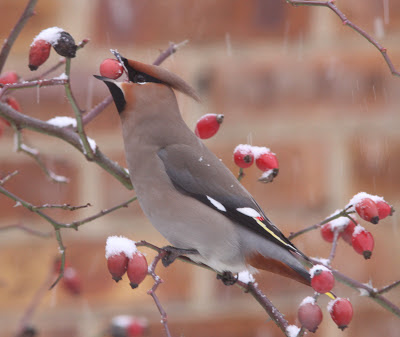 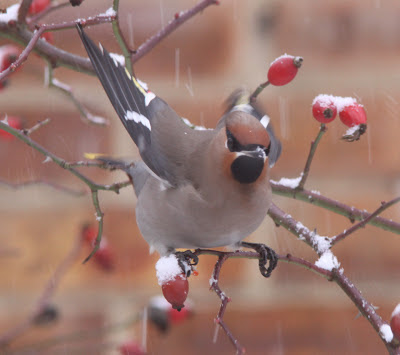 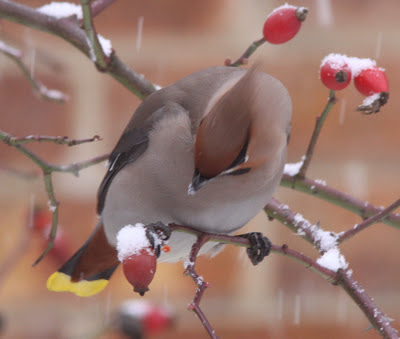 After stuffing themselves with berries for 2 minutes they were off back to the TV aerial, and we decided to head back to the car to warm up. Next stop was Harrowlodge Park to check out the ducks. The only birds of note were 3 Egyption Geese. 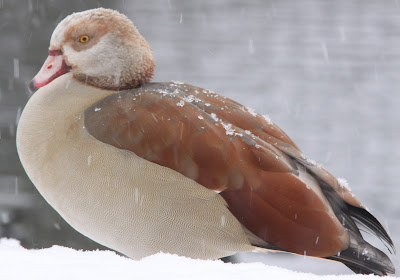 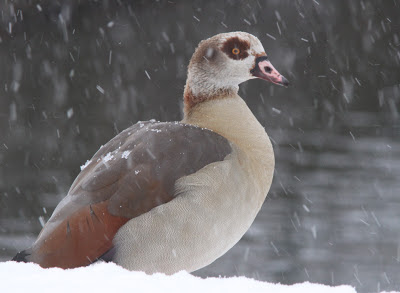 Next stop was Dagenham Chase for a female Smew, a site tick for me. Unfortunately, despite spending almost an hour checking out the water it could not be found. Vince, who found the bird, late told me it had flown a short while before we arrived. 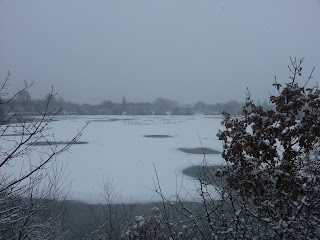 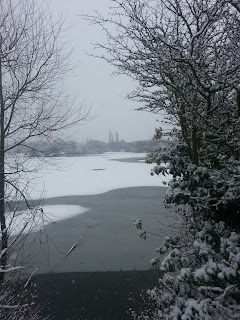 Our last stop was Berwick Ponds. On route we stopped for a large flock of Redwings and Fieldfare in fields nearby before walking down the frozen reed bed. We walked the route where in the passed I have flushed a Bittern but it was all quiet, no Bittern, in fact no anything!
Posted by Martin Blow (martin.blow@rocketmail.com) at 09:25