With Friday booked off work the breaking news on Thursday of a White Tailed Plover on Merseyside had me making plans for for trip north west. Dick was keen so we agreed to wait on positive news Friday morning and hit the road. With a female Blue Winged Teal in Cambs too I was hoping it would be my second two (life) tick day of 2010.

Positive news arrived bright and early Friday and we were on the road, heading north by 8.30am. We decided it was too risky to stop for the teal first so instead headed to Crosby Marine Park. Positive messages continued throughout the long journey that the bird was showing distantly through the fence onto the Seaforth Nature Reserve. 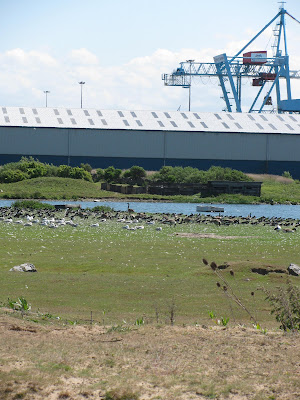 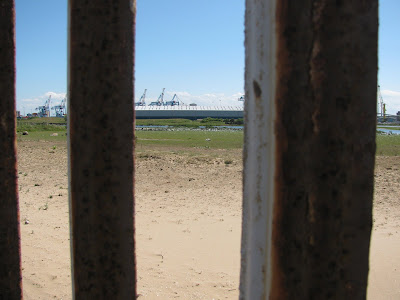 Mega ticked, we left about an hour later, slightly disappointed by the whole experience. The Friday afternoon traffic was building up and it took 3.5 hours to get to Paxton Pits to hopefully get better views of the teal than we did the plover. Unfortunately, it was not to be as it decided to depart about an hour or so before we got there.

Let's hope the next mega decides to turn up somewhere slightly more accessible, Fort Knox for example!
Posted by Martin Blow (martin.blow@rocketmail.com) at 03:01