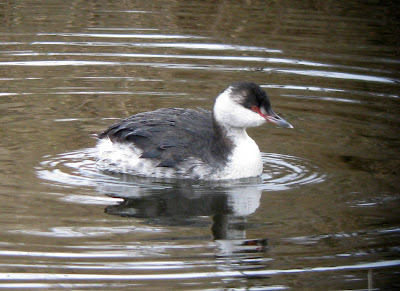 Apart from being grebes and being little, Slav Grebes and Little Grebes have very little in common.

So when a "little" (small) grebe popped up in front of me, in the dyke running along the side the path west of the Serin Mound, it didn't occur to me that it was anything but a Little Grebe. Even as I said to Hawky, "Little Grebe in front", I was thinking "why is that Little Grebe white?" Not, "bloody hell that's not a Little Grebe, it's Slav! Let's face it they don't even look a like, it was a case of saying what I expected to see there, not what was there. Anyway, whilst my brain was still trying to work out why the little grebe was white, Hawky, jerked my brain into gear, with something along the lines of "that's not a Little Grebe, it's a bleeping Slav!" Der, of course it is. Anyway, the stunner showed very well, feeding continuously on Sticklebacks allowing good views to the many birders on site. 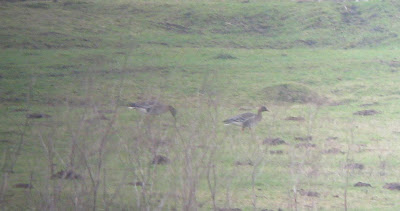 The large Glaucous Gull had showed well but distantly earlier and combined with the 2 Tundra Bean Geese it meant a good scarcity haul at Rainham today. A fleeting and only probable view of the Serin couldn't be counted meaning 4 weekends in a row I've not caught up with one, but who cares. 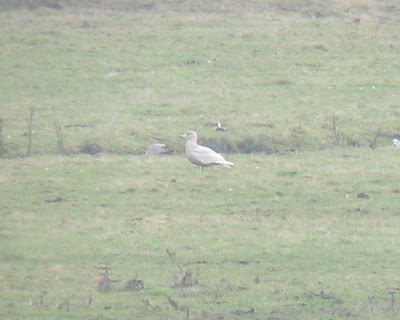 A stop off at Berwick Ponds failed to produce Bittern on the way home.
Posted by Martin Blow (martin.blow@rocketmail.com) at 12:02