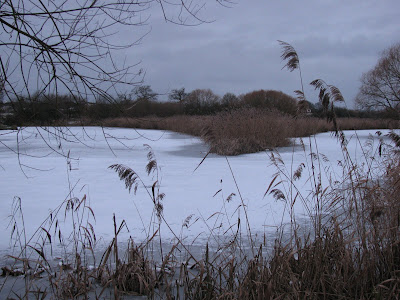 On the back of Shaun's report of a Bittern at Berwick Ponds earlier today, Jamie and I headed over late afternoon. 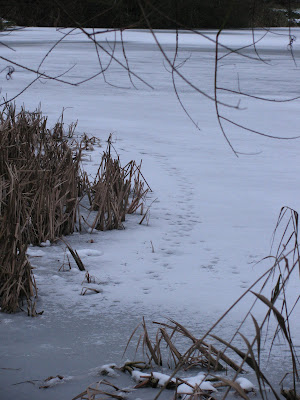 The pond is completely frozen over with just a trickle of moving water at the road end. On the small wooden bridge at the road end we stopped to check out the Bittern (?) prints on the ice where Shaun said he had seen a bird on the ice, when from just 10 feet in from of us from the edge of the reeds on the bank a Bittern took flight and headed away, landing in the reeds about half way along the reeds. Pleased with that we headed back along the back positioning ourselves roughly opposite where the bird landed to keep an eye out for the last 20 minutes or so of light. 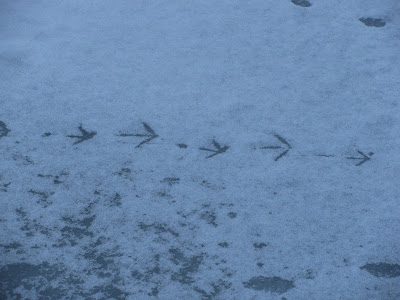 Within 5 minutes or so Bittern #2 took flight from the far end (not the road end) and flew along the reed bed landing in the same sort of area where the 1st bird had landed, and then within a minute Bittern #3 took off from the reeds in just about the same spot from where #2 had emerged and again flew over the reeds landing again in the same area. 3 Bitterns in 30 minutes - superb! 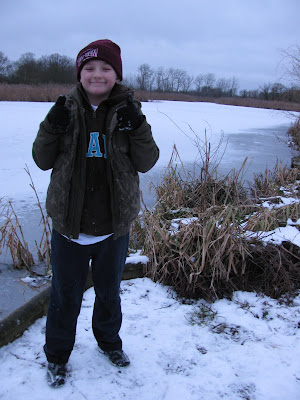 Earlier in the day a brief visit to Rainham Marshes saw us jam in on 3 Red Breasted Mergansers on the Thames. A walk on the fore shore failed to produce Jack Snipe but a showy Grey Seal was a nice suprise. However yet again the Serin could not be located.
Posted by Martin Blow (martin.blow@rocketmail.com) at 10:12