In May 2017 my Mrs (Julia) and I visited New York City with Paul (@PaulHawky) and Lisa Hawkins. Neither Julia or Lisa had any interest in birding so we played ball and birded the mornings and done site seeing afternoons etc. We has a great time seeing over 100 species in Central Park including many of our main target warblers (19). We missed out on some key targets though, including for me, my number one target, Blackburnian Warbler.

So it was a great surprise on my 50th birthday when Julia said as a treat we could go back to NYC in May for a long weekend, and we'd take our grown up son (17) with us and they would go site seeing and I could go birding! Best Wife Award well and truly won!

We booked a 4 night weekend break, Thurs May 10th - 15th, staying in the same Manhattan hotel as the previous year (just 10 minutes walk from the south end of Central Park) for c£750pp including return BA flights from Heathrow.

I was up and out in the twilight on Friday 11th May, and little did I know at the time but one of my best ever day's birding lay ahead of me.

It began relatively slowly at Strawberry Fields with a few bits here and there, nothing particularly amazing so I made my way into The Ramble. I was surprised to find few birders out at dawn but soon began talking to a local who I hung out with for about an hour. Things started to improve with a few new birds for me, Cape May, Chestnut Sided and Yellow Warblers.

I decided to carry on alone, but it wasn't long before I bumped into another birder, this time a Brit, Peter from Manchester. It was Peter's first time birding in Central Park so having been previously I suggested we head up to another well known birdy section called Summit Rock. It was on route but close to Summit Rock where we met local American birder, Chuck. We immediately got on well as we chatted about birds etc. As we chatted a local female birder came up and said "Do you know about the hatch out?" I wasn't exactly sure what she meant, but she quickly explained and advised us to get our butts 200c yards up the road as there "are birds everywhere". She wasn't wrong.

The following 2 hours was possibly the best 2 hours birding I have has anywhere. In small area, possibly the size of a couple of tennis courts, thousands of insects were hatching, and dozens of birds had arrived to feast on them. The pics below do no justice the birds I saw over the next 2 hours. Birds popped up everywhere, leaving me not knowing where to look at times.  I had 3 Blackburnians, 5 or 6 Cape Mays and Yellows, Canadian, Bay Breasted, Chestnut Sided, it just went on and on. (see full list at bottom of the post). 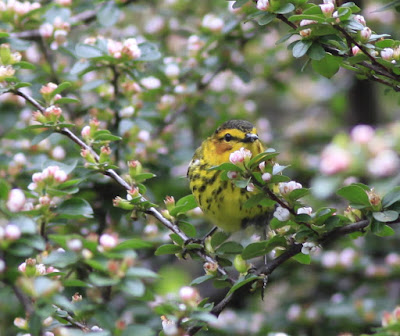 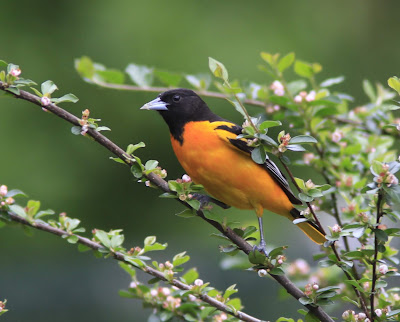 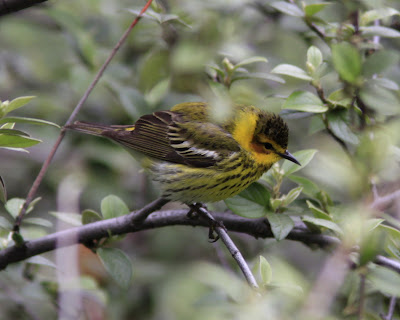 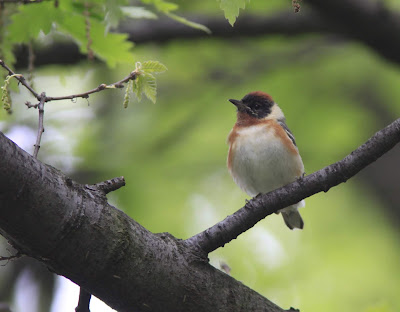 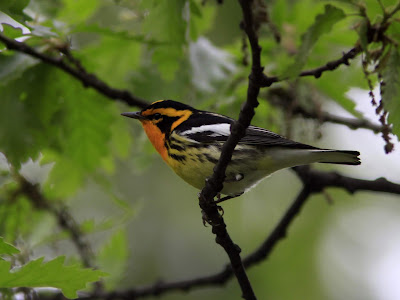 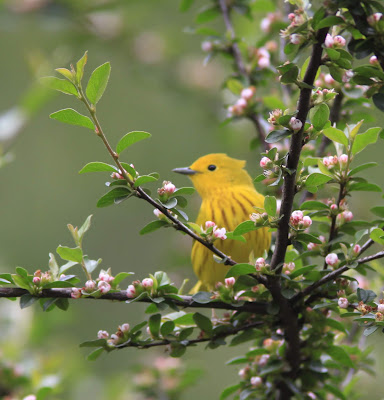 Chuck and I really hit it off and we swapped numbers and agreed to meet up and go birding on the Sunday. I couldn't imagine Central Park getting an better so Chuck suggested we visit Bear Mountain State Park. A plan was hatched for Chuck to pick me up at 6.30am at my hotel to head the 1 hr 15 mins up state.

We walked Doodletown Road through mature woodland with a main targets, Blue Winged and Cerulean Warblers, neither of which I had seen in Central Park. The Blue Winged were very vocal but a bugger to see for a while, but eventually we had cracking views. On route as we climbed up  Doodletown Road we found a smart Worm Eating Warbler that mostly scurried about the undergrowth. 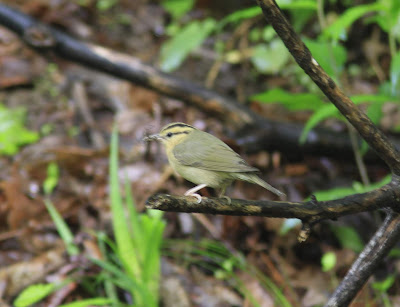 As we climbed we had great views of Hooded Warbler, Scarlet Tanager and Indigo bunting, before eventually, boom, a smart Blue Winged Warbler gave itself up. Next on the agenda, Cerulean Warbler. We began hearing them as we climbed a little higher and Chuck had a brief arse-end view of one that I couldn't get on to.  Wanting to head to another site for Golden Winged Warbler we couldn't give it too long. On the way back down we again had cracking views of Hooded, Blue Winged and Canada Warblers.

A short drive, 30 mins, later we were at the Golden Winged Warbler site, after a brief stop for Eastern Bluebird which showed well after 5 minutes. The GWW gave us the run around. As we pulled up we were told a pair were showing around 50 metres down the track, however, we gave it almost an hour and a half and no sign. Unfortunately, it was then time to head back to Manhattan.

It was  a fantastic day, with fantastic birds and superb company. Chuck and I are in touch and I hope to see him in 2019 for some UK birding, and of course, at some stage, get back to NYC and see Cerulean and Golden Winged Warblers.

Anyone who has not been for a weekend's birding in NYC I would highly recommend it. The birding in Central Park in early/mid May is awesome. The previous year when there were less birds I still racked up over 100 sp of which 19 were warblers (with Paul Hawkins) and this year over 2 days, of which only one was in Central Park I totalled fewer species, 86, but 22 were warbler species, and most of them were multiples: (of note)