My 1st life tick of 2013 has finally arrived, and it was worth waiting for. The UK's first twitchable Dusky Thrush since 1959. Handily the bird decided to take up residence in Margate Cemetery, Kent, which is less than 1.5 hours by car from home.

Hawky was working until midday so I waited for him rather than join the crowds at silly o'clock in the morning. We arrived at around 3pm after a sat nav hiccup to find around 300 birders, from all over the UK still on sight enjoying the bird that was on show almost immediately. Unfortunately due to the numbers and people chasing it round the thrush never left the safety of the trees to feed on the deck, which would have provided even better views. 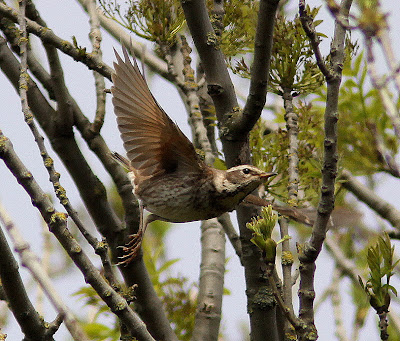 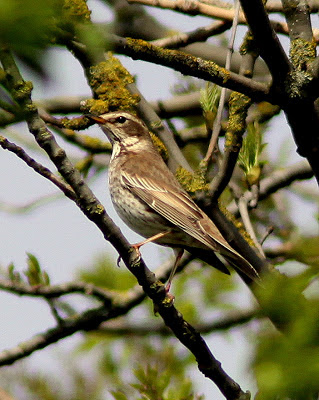 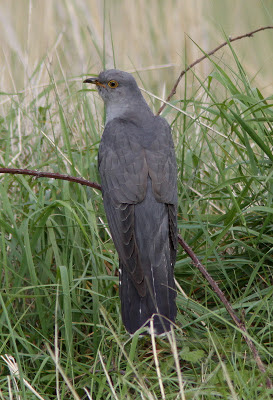 On the way home we had a quick stop at Reculver where we failed to find the Monty's Harrier but did get great views of a showy Cuckoo. Happy days. Hopefully May has another tick in it!
Posted by Martin Blow (martin.blow@rocketmail.com) at 04:55