With very strong south westerly winds forecasted this weekend, myself, Shaun and Hawky, headed down to Porthgwarra, Cornwall for a sea watching session. It was my 3rd session there in 6 weeks and both previous occasions having seen Cory’s Shearwater, I was hoping for some Greats this time. Not as much as Shaun though who needed it for a lifer.

We left Essex at 10pm and drove through the night arriving in Penzance about 4.30am. Having stocked up in the 24 hr Tesco we headed to our digs; the McDonalds car park, where we tried to sleep for an hour before grabbing some breakfast at 6am. By 6.45am we were at Porthgwarra setting up our scopes, along with a dozen or so others.

Over the next 6 hours or so we enjoyed steady streams of Sooty and Balearic Shearwaters; loads of Manx’s, a few Puffins, and half a dozen Arctic and Great Skuas. As usual Storm Petrels were proving difficult to latch on top at distances of up to a mile, with only 1 seen well. Then after about 4 hrs at last we had Great Shearwater; prolonged views of it inside the Runnelstone helped us check out the differences between it and Corys, with its straighter wings and more direct flying pattern.

The highlight for me though was a pair of Choughs that joined us for 5 minutes mid sessions. I’ve only ever had poor views on one previous occasion. 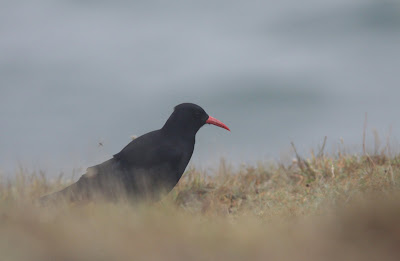 After another couple of hours and the conditions worsening for sea watching i.e. blue skies and sunny, we headed off to see what else we could find. Around Porthgwarra we looked unsuccessfully for the now long staying Wryneck; unsuccessfully. We headed off to Drift Reservoir where Pec Sands had been reported when mid journey the pager said Black Kite a Polgigga; where we had been 15 minutes earlier. 20 minutes later we were back scanning the fields in all directions. Unsurprisingly eagle eyed Hawky picked it up distantly further inland, so we jumped back into the car and set off in pursuit. 5 minutes later we located it again, with 3Buzzards, thermaling over a near by ploughed field. It never really came close but we had good scope and bin views. 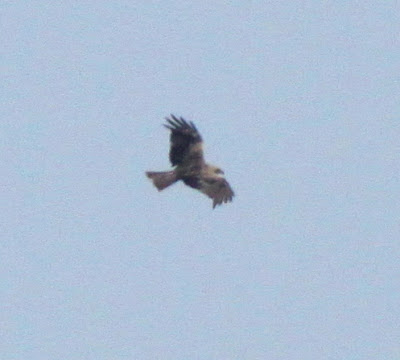 Next it was on to another Wryneck, near St Just. Again after a good look it could not be relocated, but a smart Peregrine provided very good views. Back at Drift the Pectoral Sands showed down to a few feet (see Shaun’s blog for cracking pics from someone who had more patience than me).

Next it was off to Hayle to try for the Buff Breasted Sandpiper, but again we had no luck at high tide. It was now 6pm, and we were starving and tired. After lovely fish and chips we headed to Penzance to find a bed for the night. Unfortunately, every B&B was full; there was not a single room to be had. So that was it, we had to drive home. 6 hours later, and very, very tired we arrived home at 1am. Cornwall and back in a day. Madness? Perhaps. But it was well worth it. 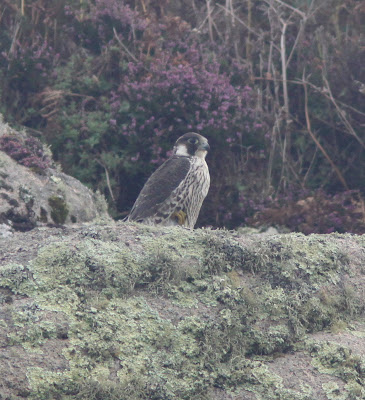 Posted by Martin Blow (martin.blow@rocketmail.com) at 12:39