Patience paid off this afternoon with a Ringed Plover on The Slack at The Chase. As usual on arrival I was greeted by people and dogs on The Slack and not much happening birdwise. Rather than walk round I decided to stake out The Slack once the tresspassers had cleared off. Having mistaken an LRP for a Ringed Plover in the heat haze from the far bank I headed round for a better view, to confirm it was in fact an LRP. I bumped into Vince who also had the same idea to stay at The Slack. Vince had had a Ringed Plover earlier in the day (his 1st for 15 years on site) but in an hour or so it could not be relocated.

Flyover Buzzard, Hobby (2) plus 2 LRPs, a Common Sand, a White Wagtail and the usual 2 Egyption Geese helped the time pass, but after 2 hours it was time to go. Just as I was about to leave I noticed the 2 LRPs had turned into 3, and upon closer inspection we realised the Ringed Plover was back! The record pics below wont win and competitions.

This patch birding is hard work but at least the journey home is only 5 minutes and it doesn't cost a bomb in petrol! 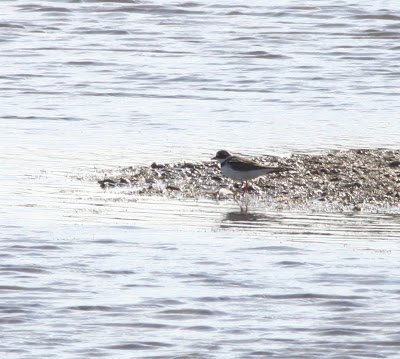 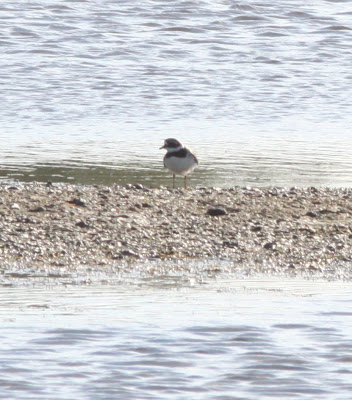 Posted by Martin Blow (martin.blow@rocketmail.com) at 10:23