Hawky, Jono and I headed up to Norfolk yesterday on hopefully what will be decided was a wild goose chase by the powers that be. We met up with Bradders Jnr and Snr at Cantley on a mission to find a small goose with a big white flash on its head. The Lesser White Fronted Goose had been hanging around with around 100 Tiaga Bean Geese, so we hoped it would be a case of find the Tiagas and find the Lesser Whitefront. Unfortunately it wasn't that easy.
There was no sign at Cantley with the 40-ish Tiagas we could see so we headed up the road to another of its favourite haunts, Buckingham Marsh RSPB. Pulling into the car park the pager confirmed it was here just 100 yards up the path. Yipee! As soon as we clamped eyes on it we knew something wasn't right; 1. it was with Greylag not Bean Geese and 2. the white flash on its bonce was much smaller than the bird we had seen in photos of the bird we were after and 3. there were known escapes in the area! Damn! Back to the drawing board. We began the long walk out onto Buckingham picking up 2 Peregrines on the way. A mile into the muddy journey the pager bleeped to inform us that the bird had been relocated back at Cantley with 50 or so others. With restricted views from the gate at School Lane we headed to higher ground and voila! There it was! It showed well at distance for 10 minutes or so, too far for any pictures before flying off back towards Buckingham RSPB. All in all that wild goose chase took a very cold 3.5 hours. 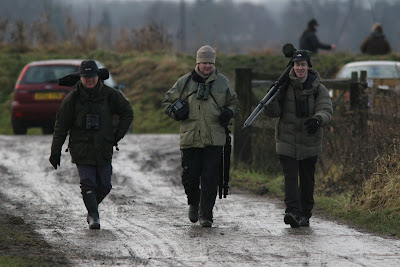 With the goose bagged we set off to Thornham to try for the now long staying American Northern Harrier. It was even colder at Thornham, and standing around waiting for the bird to show didn't help. However about an hour or so later when it eventually appeared, it was worth the wait! The bird showed very well, including making a kill. With the light beginning to fade we headed home happy. 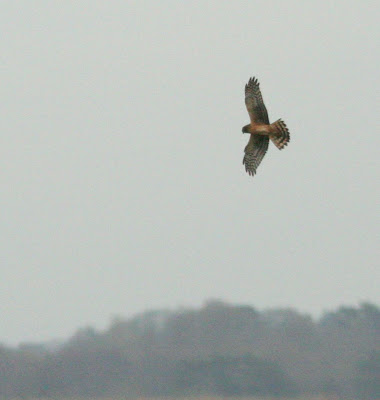 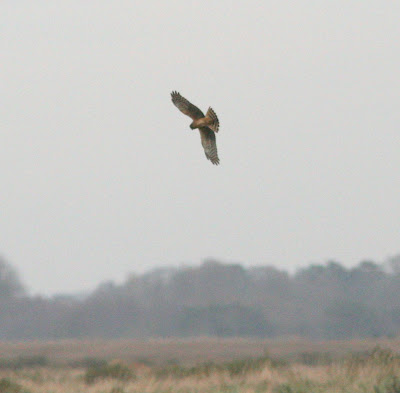 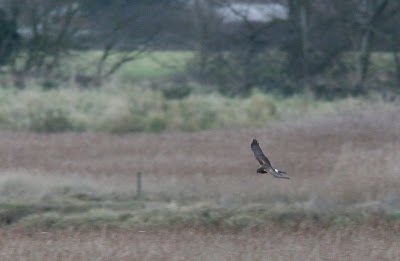 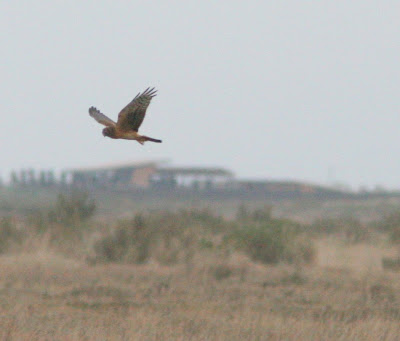 The new hide at Titchwell in the background

Posted by Martin Blow (martin.blow@rocketmail.com) at 02:22