Fall out at Sanibel Lighthouse

Ironically the day we left Sanibel Island to relocate 3 miles away on the main land, birds started to fall out of the sky at Sanibel Lighthouse. On the morning of Sunday 7th April I checked the American Birding Association website (ABA) to check if there was much about and (choose expletive of choice here/multiples in fact), I saw that the previous evening just 10 minutes from where we had been staying, and where I had been checking every day, there was a Scarlet Tanager, Orchard Oriole, Pethonetary Warbler, Blue Grosebeak, Indigo Bunting, Oven Bird, Red Eyed Vireo.....

The plan was that after breakfast Julia and Sophie would head to the spa. We decided to have breakfast back on the island so we popped in to the lighthouse car park on route. Being a weekend and around 80f it was already very busy and we nabbed one of the last remaining spaces. I had about 30 minutes before we had to head off and in this time managed to see two Indigo Buntings and a Palm Warbler. I was reliably been informed that there had been no sign of any of the other birds recently, but there was every chance more birds could pour in.

It was good to meet birders; Don and Lillian Stokes here, whose book I had bought just the day before and fellow birder, Julie Long.

After breakfast, Julia and Sophie did head to the spa and Jamie and I headed back to the lighthouse. This time with 3 hours to spend there! Unfortunately, there was no parking spaces and queues of  traffic, so we had to park 15 minutes walk away. By now it was around 86f and there were no birders in sight.

We quite quickly re found the Blue Grosebeak which was bigger than I had expected and quite an impressive bird. It's a shame it never came closer than 40 yards away in a restricted area. Later we had at least six Indigo Buntings which were much more confiding and such a beautiful blue colour. 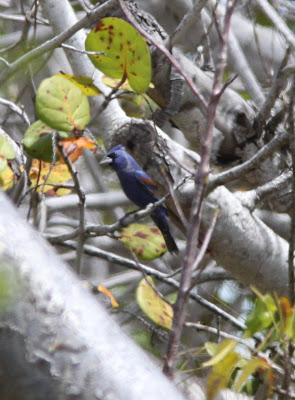 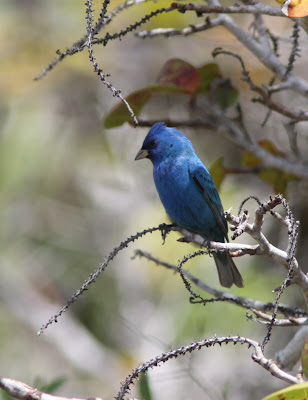 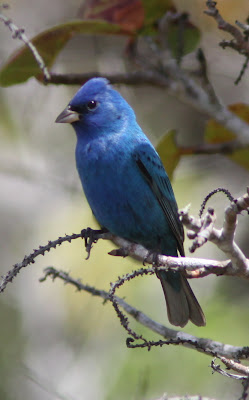 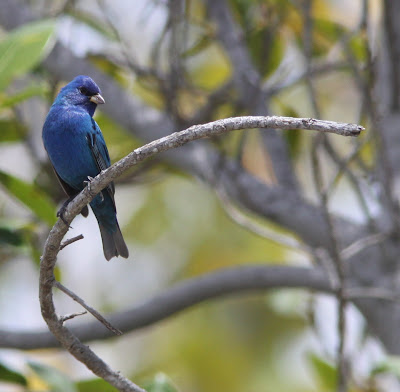 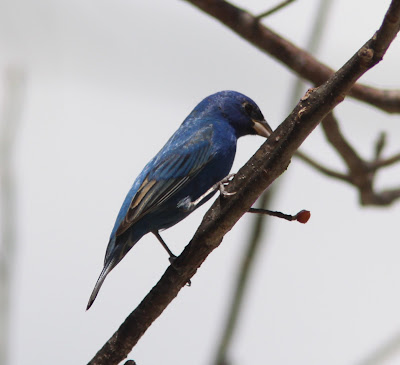 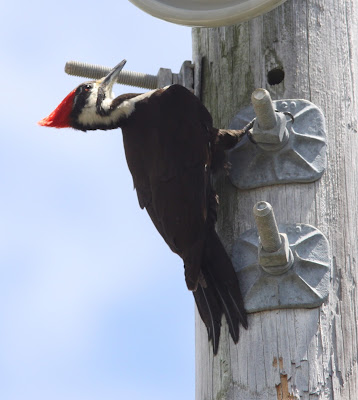 Posted by Martin Blow (martin.blow@rocketmail.com) at 05:13