It doesn't get much better than this. Just a day after seeing my 1st ever UK Bee eater, I get my 2nd life tick in 2 days; and what a tick to get!

I woke up to go to get ready for work at 6.45am as usual and noticed I had a text.  It read something like "Mega! Cream Coloured Courser, Herts!". "Yes", I   thought, that's not too far. Then I rubbed my tired blurry eyes and read it again, it said "Herefds" nor "Herts". That is far! Walking to the bus stop calls were made to the lads (Shaun and Paul) to see what the plan was. I agreed to get into work and check on-line to see how far it was etc. I soon became apparent that it was even further than I had thought, over 200 miles, taking in the notorious problem M25 and M40 motorways and estimated to be a 4 hour drive. There was no way we could do it after work. I checked my calendar and could rearrange stuff to enable me took book the afternoon off. Hawky was up for it and so was Nick Croft. All I needed now was a car! My wife had taken mine to work, so, meeting Nick at Stratford station, we headed to Romford, walked to my wife's office, picked up the keys, and the car, and headed to my house. A quick change and we were on the way to Grays, where Hawky was working. Eventually at 2pm we were on the road. The sat nav said it would take 3 hrs 38 mins.

For once the motorways played ball, we flew along. There were no delays, no road works, no accidents. We didn't stop once. We arrived on site 3 hr and 15 mins and 215 miles later.

The bird showed very well down to about 50 yards, providing cracking scope views. After the long drive, we chilled out and enjoyed the bird for about an hour as it slowly moved further away, to about 100 yards. After the customary high fives we made our way back to the car with broad smiles across our faces. 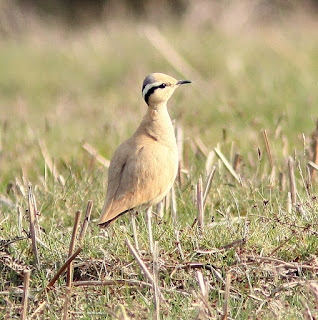 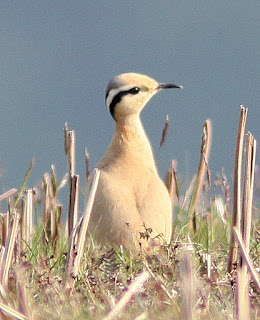 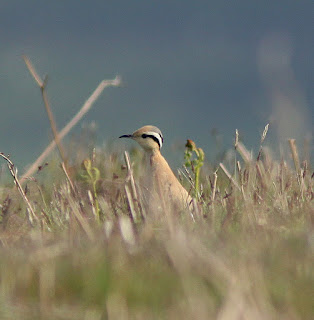 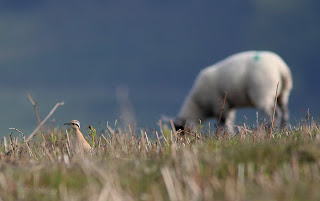 On the way home we stopped for Dipper along a good looking river and was very lucky to not only find 2 Dipper but a Dipper box. It was a great way to end the evening's birding. 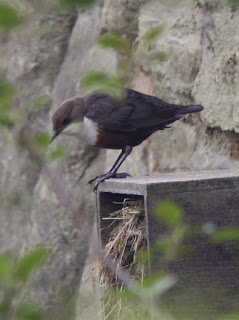 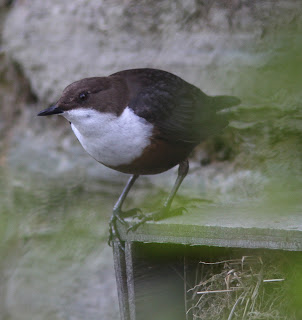 We arrived home at about 10.30pm, tired but very very happy.
Posted by Martin Blow (martin.blow@rocketmail.com) at 10:39