I don't think myself, Julia, Sophie or Jamie will ever forget Thursday February 24th 2011. On our third attempt we managed to see a space shuttle launch. It was an amazing and quite moving experience, but we almost didn't make it! (see below) 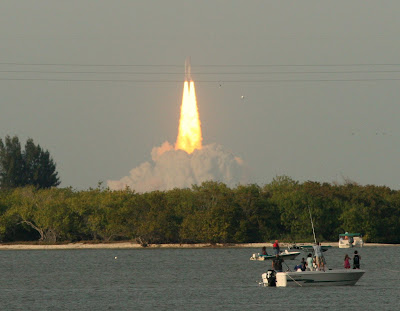 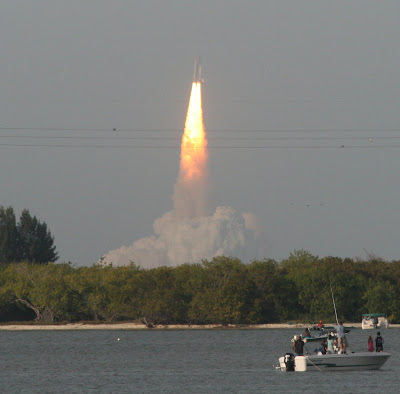 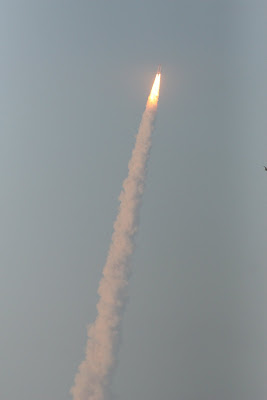 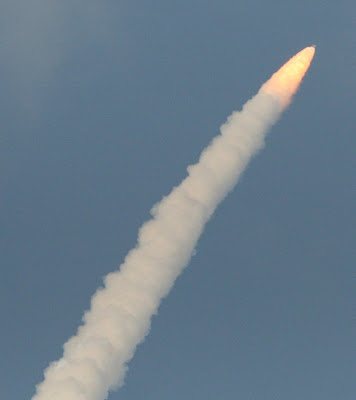 This was Space Shuttle Discovery's last ever launch and the 3rd from last shuttle launch ever. If we didn't see this one, we would never see one. On the day of the launch we were in the Everglades. The launch was not until 4.50pm so we had plenty of time to get to Orlando, drop off our bags and then drive the hour or so out to Cape Canaveral. We left the Everglades at 7.30am arriving in Orlando at about midday. We were staying in a friend's house (many thanks to June and Terry!) so quickly dropped off the bags, and got back on the road, hoping to arrive early at our viewing spot and relax, but as we pulled on to the interstate (motorway) we ground to a halt. 1.5 hours later we had covered 3 of the 40+ miles to our destination, and it wasn't looking good. Another hour passed as we reached a toll that I hoped was causing the long delays. We now had less than 2 hours to cover the vast majority of the journey. Thankfully within half a mile of the toll, the traffic began to move. I guess everyone on that road was in the same position, we were soon cruising at 70mph, with fingers crossed there would be no more delays, we would make it. With traffic queuing to Titusville we carried on to Cocoa where we eventually found a car parking spot at the side of the road, and walked back to a bridge to view the launch site. Phew!
Just as we began to relax, another problem arose. Via the loud speakers relaying live feed from the Mission Control Centre, it became apparent there was a problem with one of the computers. The problem persisted with regular updates every 2 minutes stating the problem had not been sorted out I really thought we would miss out again, with 2 minutes and 20 seconds to go, the message came over that the glitch had been rectified and we were good to go. The crowd cheered and well the rest is history!
It took us 4 hours to get back to Orlando. We had been on the road for 13 hours that day, but it was well worth it. The news the following morning reported on the traffic chaos, stating there were over 300,000 people there for the launch, over double the usual numbers.
Posted by Martin Blow (martin.blow@rocketmail.com) at 03:06