Picture the scene, Boxing Day lunch time. My extended family was on its way round for a day of board games, football on the TV and general festive merriment, when I decided to check Birdguides for the first time in a few days. I was a little surprised to say the least to see that a mega rare Brunnich's Guillemot, had decided to spend its winter holidays down south and had been bobbing around Portland marina for a few days, only having being formally identified from photos circulated via Twitter that day.

Luckily I had already arranged to keep Friday 27th free for a birding day out with Hawky (et al)  and like the vast majority of British birders having not seen this rare visitor, the decision was made to journey down to windy Dorset the following morning.

As with the Ivory Gull twitch just a few days earlier, at first it didn't look good. We expected early news, and with nothing half an hour after day light it didn't look promising. Eventually positive news arrived, phew, and we were only about 30 minutes away. We arrived in gale force winds to be told the bird had "apparently" been seen earlier but by very few people, and it had flown over the sea wall and out of view.

Almost an hour later there was still no sign of any rare Guillemots, but we were treated to horizontal freezing rain, as well as a Black Guillemot (my first in England) and a smart Great Northern Diver.

Then Hawky calls an auk flying in at distance, heading towards shore. We pick it up but it disappears from view behind the sea wall. It's again picked up at distance on the sea, and people are now calling it as our target.

All of sudden on mass around 300 twitchers are up and moving along the path the get a better view. 200 yards later, everyone lines up. It was getting closer, but was diving very frequently and moving amazingly far under water in just a short time. One minute it was to my right, 50 yards out, then it dives and re appears 50 yards to my left just 20 yards out. We quickly move along, get ahead of the bird and it re appears again much further away than anticipated. Just once did I guess right and was treated to about 3 seconds on the surface before it dived again. 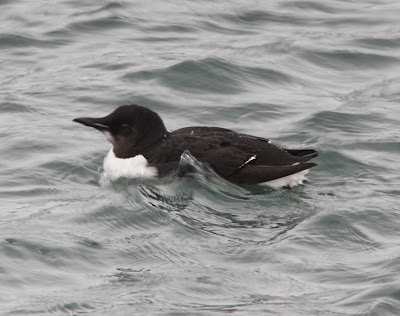 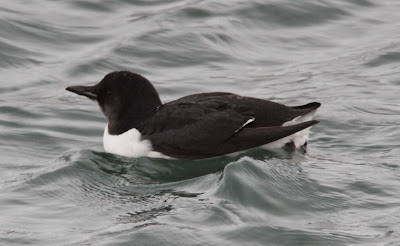 Again the bird disappeared but this time it headed further out and settled for a rest in the relative calmness along side moored boats.  And there it stayed,

Another exciting twitch and another mega seen that I thought I would probably never see.

Just up the road in Weymouth we stopped for a Glossy Ibis on a flooded football pitch which showed pretty well. 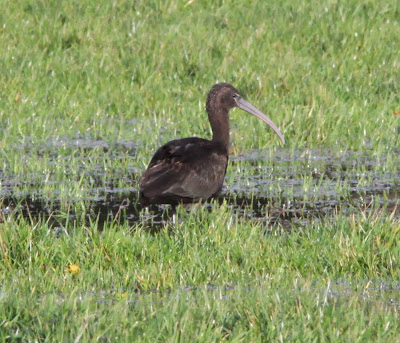 Surely that's it now for 2013? I am off to north Norfolk for a few days over new year so will enjoy some birding/walks up there.

Happy New Year to everyone!


Posted by Martin Blow (martin.blow@rocketmail.com) at 03:15