I very rarely swear on my blog, but be warned, this post will make up for my previous lack of expletives.

I live in a regular suburban terraced street, and like many parts of outer London, the houses are crammed close together. I was slightly concerned yesterday when I awoke to see a huge marquee had been erected in the back garden of the house two houses down.

I was amazed at 9.30pm last nigh there was silence. What was going on? By 10pm we found out. All of sudden, boom, music blared out from a DJ in the marquee. Live and let live and all that, people should celebrate big occasions. On my 40th I had a few people over, I had music, quite loud music in fact, but it was indoors, and I was very conscious of pissing off the neighbours, so invited then in and by 2am it was off.

So fast forward to 2am. The music was still blaring out and the marquee was packed. I started to get the hump. Do I go round there, tell, sorry ask, them to shut up? Phone the police, no that's over the top. So we decided in a very British way to do nothing just try and get some sleep.

By 4am with  no sign of any let up, I was so pissed off, I couldn't go round there as a) the house would probably be filled with drunk revellers and me barging through the house with a base ball bat to smash up the sound system probably wouldn't have been the wisest move.

So burying my head underneath the covers I just closed my eyes and tried to drop off. 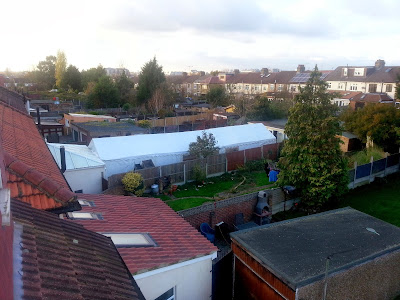 The music, still played as loud as it was when it started at around 10pm the previous evening eventually stopped at 6.07am! Un fucking believable. 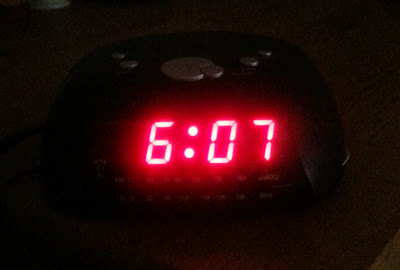 So I would just like to say well done to my so called neighbours for winning the Selfish Fucking Bastards of the Year Award. What is the matter with these ignorant twats! Having a DJ in the garden is totally unacceptable. I don't want to hear Dancing Queen or Staying Alive at 4am at a million decibels from my fucking bed!

Maybe it's me and I am getting old and intolerant but come on people just think about other people for a change. Any way gotta go and get some sleep!

Posted by Martin Blow (martin.blow@rocketmail.com) at 07:25