Every birder has a bogey bird, and mine is the Icterine Wabler. Over the years I have dipped 7 including 3 at Landguard, Suffolk. I therefore decided to stop twitching them sometime back. On Saturday I watched the news from Norfolk, as scarce migrants piled in to the coast, with good of Wrynecks, Pied Flycatchers and Redstarts reported, as well scarcer birds including a Bluethroat, 2 Greenish Warblers and 3, yes 3, Icterine Warblers. I resisted the temptation to jump in the car and twitch one of the Ickys. Instead I would be more sensible and have a day out the following day, birding the coast enjoying all the birds on offer.

Up early, I arrived at Burnham Overy at around 7.30am and walked up to the dunes. Most birders headed east, so I headed west and bashed loads of bushes (not quite literally), pushing up loads of Pied Flys, Redstarts, Wheatears, Winchats, Willow Warblers and a possible Wood Warbler. An hour or so later news came in of a Booted Warbler, a good bird, I have only seen one, at the other end of the dunes. I made my way over slowly looking for migrants along the way. Apparently the Booted Warbler had been showing really well down to 10-15 feet just before I got there, but it flew to an area with no access, and only provided relatively distant views over the following hour or so. It was now late morning and there was no news of any Icterine Warblers in Norfolk, in fact there was pretty much no news of any new birds in Norfolk. It appeared that most of the good birds had done a bunk. A Wryneck was reported not too far from the Booted site so I headed back to give that a go but it had not been seen for 20 minutes or again in the 30 minutes I looked for it. I birded the dunes for around another 90 minutes, seeing plenty of Wheatears, Redstarts and a few Pied Flys but nothing new.

I decided to head back to the car, which was a good 40 minutes walk, to have a bite to eat and drink and decide what to do next. Half way back, birdguides informed me that an Icky had been found at Holme, 10 miles to the west up the coast. Excellent! I checked further news to read it said the bird was only seen briefly and not since. As there appeared to be nothing new where I currently was I thought it would be worth giving it a go. Upon arrival it was clear no one had seen or heard of the Icky at Holme. It obviously was not going to be my day. It was now 3pm, no new birds had been reported, there was no obvious day migration happening. With a 2.5 hour drive home I made the decision it was time to leave as I wouldn't miss anything and would at least be home in time to spend the evening with the family for a BBQ.

I think it was 4.42pm when I got the call from Bradders Jnr back up at Burnham Overy dunes that I hoped I would not get.

To really rub it in, messages continued on Birdguides all evening along the lines of "Icterine Warbler still showing well, Icterine Warbler still waving and signing autographs for birders, Icky still taking the p*ss, Icky still not on my xxxxxxxx list! And guess what, it's now Wed evening and it's still there trying to tempt me back into the car for 5 hours. Well not this time, buster. I'll find my own one on Scilly in 3 weeks time. Hopefully next time, wherever it may be, it'll be 9th time lucky! 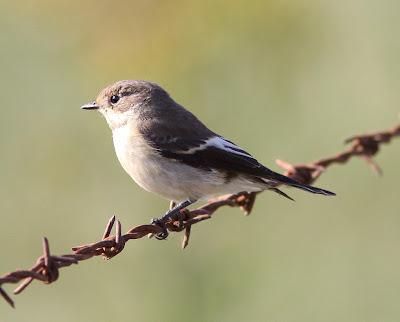 Not an Icterine Warbler 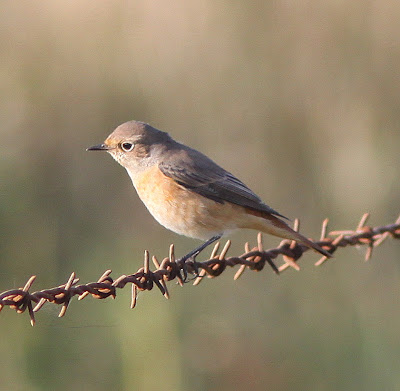 Not an Icterine Warbler
Posted by Martin Blow (martin.blow@rocketmail.com) at 11:09