I had researched birding in Yosemite Valley, and was looking forward to strolling through flowering meadows tripping over migrants. It didn't quite work out like that, we spent a cold day, accompanied by rain and snow, but surprisingly saw quite a few birds including a few new ones for me! 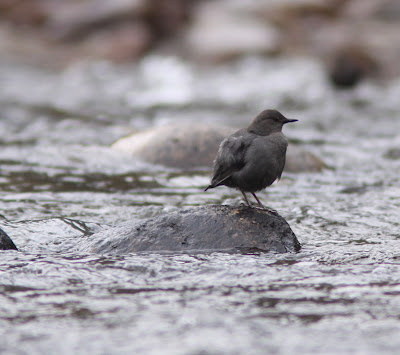 American. Dipper - it was fate - I had given up checking tumbling rivers, having stopped many times in previous days at likely locations to no avail. As we left Yosemite, we had a final stop at a well know spot to take pictures of the scenery, and this flew in and landed 50 feet in front of me. 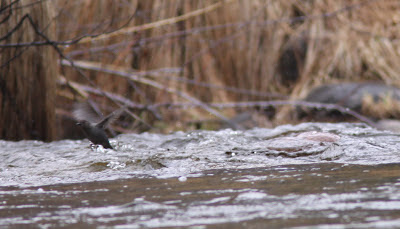 It was soon joined by a second bird. 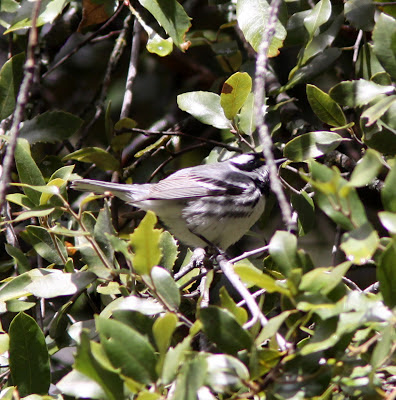 Black Throated Gray Warbler - 2 seen all too briefly in a large passing flock of noisy Juncos. 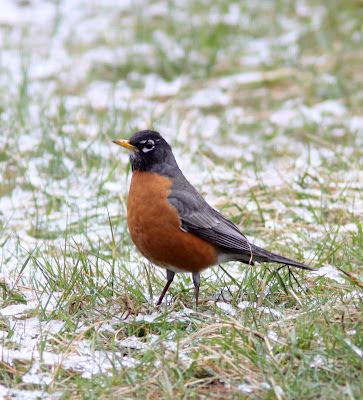 American Robin - very common - there were hundreds seen in the park 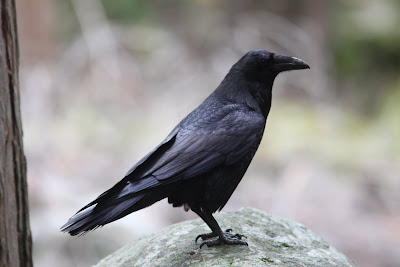 Also very common, Ravens, but impressive down to 4 feet! 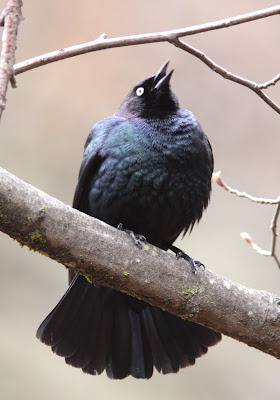 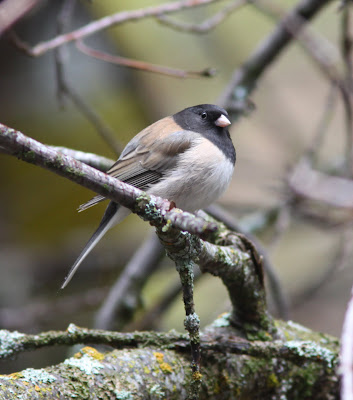 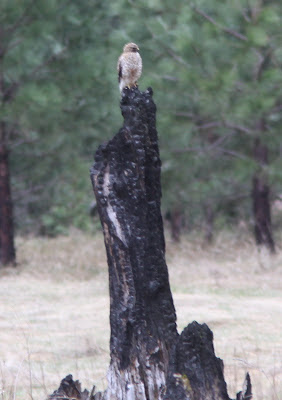 Red Tailed Hawk - probably the most regularly seen raptor, other than vultures. They are found in many phases and therefore I often tried to turn one into something else, until my trusted Sibley, put me right.
Posted by Martin Blow (martin.blow@rocketmail.com) at 19:03