Having only seen one Western Meadlark and missing out on a photo opp. that time, I was keen to try and capture a picture before the end of the trip. On route from Yosemite to Monterey we travelled through a wide area of fenced fields that I was sure was perfect habitat. It didn't take long to see the first Meadowlark, then a second, third, fourth ...... in all we almost reached double figures, in an approximate 5 mile sgtretch. The only problem was that as if often the case, there was no where to stop on the road, so I had to wait until there was no traffic for as far as the eye could see in the rear view  mirror, then stop and reel off as many shots as I could as quickly as I could. 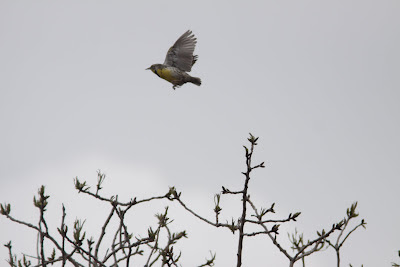 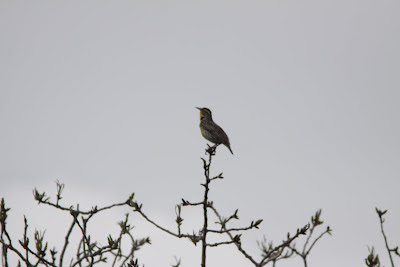 Posted by Martin Blow (martin.blow@rocketmail.com) at 03:20