Last night myself, Shaun, Hawky and Jono headed out into Essex looking for 3 birds! Shouldn't be that hard you would think, that is until you realise they were not Sharon, Tracy and Chantelle but a Hoopoe, a Night Heron and a Savis Warbler!

At West Canvey RSPB we dipped the Hoopoe that had apparantly been booted into touch by photographers trying to get within a few feet of an already obliging bird, will they ever learn! Then it was up to Leigh on Sea for the now long staying juveline Black Crowned Night Heron. Jono's gen (having been already to see the bird) helped and we had good views from the sea wall. (my 3rd)Also on site were numerous Cuckoos and at least 1 Nightingale. 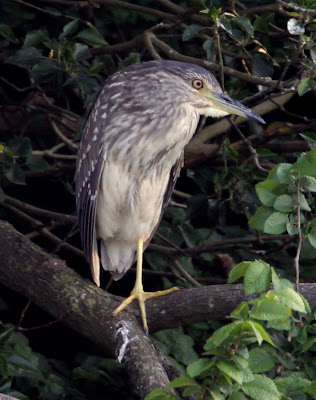 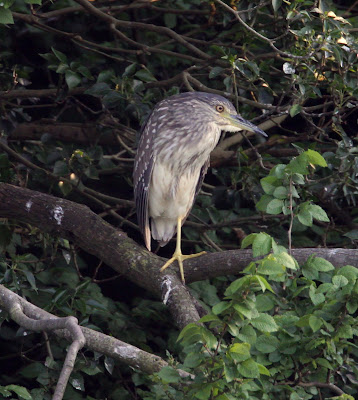 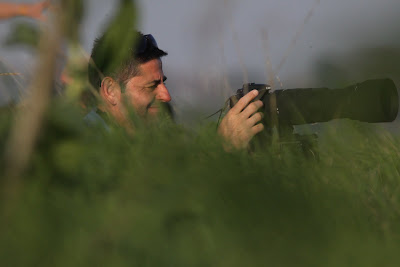 What's this button here for?

With less than an hour of light we headed back to Canvey and walked out to where the Savis Warbler had been seen the previous evening and heard again in the morning. It was 8.15pm by the time we found the spot and a group of 30 birders. No one had seen or heard the bird for hours and with approximately 100 million gnats feasting on our bare legs and arms we turned about face and headed back to the car. 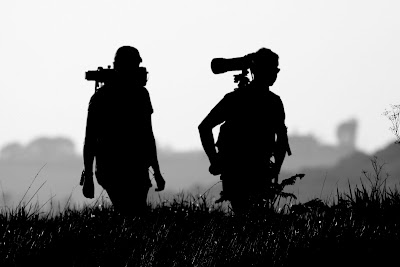 Posted by Martin Blow (martin.blow@rocketmail.com) at 04:44