Lesser Kestrel, Pallid and Alpine Swift - wow what a day!

After dipping the Pallid Swift at Kessingland (just south of Lowestoft, Suffolk) on Saturday afternoon with Bradders Jnr and dirty twitcher Jono Lethbridge, on news that it was showing well, with an Alpine Swift back in the same area on Sunday morning, I was heading back up the A12 with Shaun and Dick. 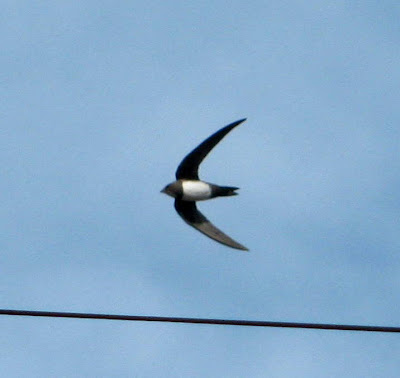 All the way up Birdguides confirmed both birds were showing well above the local caravan park. Surely we'd get them, and in particular the Pallid Swift, a life tick for all three of us. Arriving we were quickly onto the Alpine Swift (my 2nd in 3 days) and enjoyed great close views as is swooped over our heads. However, the Pallid was no where to be seen. The birders on site informed us it had been showing well just 5 minutes earlier. 5 minutes turned into 10, then 20 and 30 and we were starting to get worried. Then after a 40 minute wait it appeared from nowhere over the roof tops. (life tick 366) We enjoyed great views a lot of the time with the Alpine Swift in the same field of view. We watched the birds for 30+ minutes before heading back to the car to head home happy. 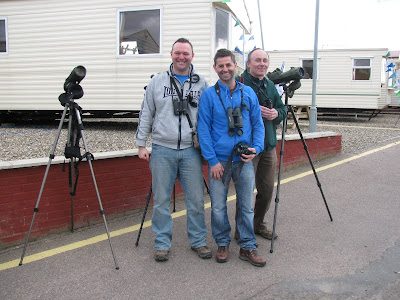 Me, Shaun and Dick. 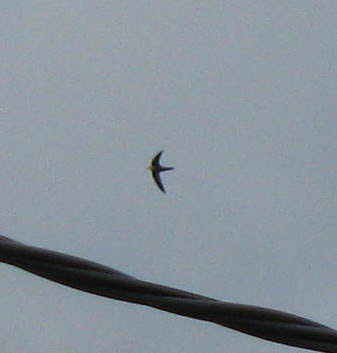 We stopped off a few miles up the road to look for Stone Curlew, where we had seen 2 on the way home on Saturday but this time there was no sign.

Happy with the tick we were back on the A12 heading south not far from Ipswich when Shaun's mobile rang, it was Howard. Via the hands free the short conversation went something like this:

H: Where are you?
Shaun: On the A12, in Suffolk just north of Ipswich, why?
H: Turnaround, there's a adult male Lesser Kestrel at Minsmere, it's a MEGA, you've got to go.
Us: No way! Cheers H!
Shaun: What shall we do?
Me & Dick: Turn around!

So there we were just 30 minutes from jamming in on a mega. The mobiles starting ringing, checking where we were. Hawky provided regular pager updates every 5 minutes, confirming it was still sitting on a fence post. Just 5 minutes away now, surely we'd get it. Hawky called again as we approached the site, just a few hundred yards away, this time though the news was different. The bird had been flushed by a female common Kestrel and had disappeared. Noooo! We were 2 minutes away.

We parked and decided it probably hadn't gone far. Birders were pouring into the area by the minute. For once it appeared common sense was prevailing and everyone was spreading out and checking all the surrounding fields. An hour passed and it wasn't looking good. Then a car sped passed us at high speed the driver shouting out of the window that the bird had been relocated. We sped after him but it soon became apparent we were on a wild Lesser Kestrel chase, and 10 minutes later we were back where we began. By now though birders by the dozen were running through a gate heading out on to Westleton Heath. Literally, dumping the car in a bush, so not to block the narrow lane we gave chase. About 3/4 of a mile later, we arrived to find a good 200 birders and 1 Lesser Kestrel. Yes! (life tick 367) It was quite distant but sitting up out in the open. Birders continued to poor in as we enjoyed perched and flight views for 30 minutes or so. 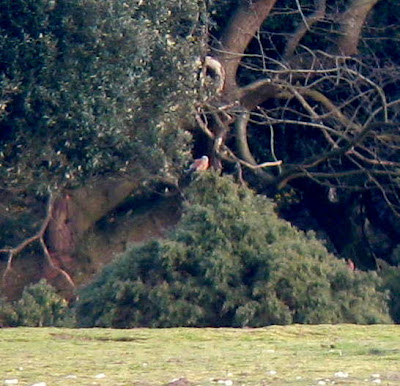 We left the crowd to it as we were concerned about getting away due to the log jam of cars in the area and being already 2 hours late home with a 2 hour journey to come, we had some grovelling to do for the respective Mrs'! 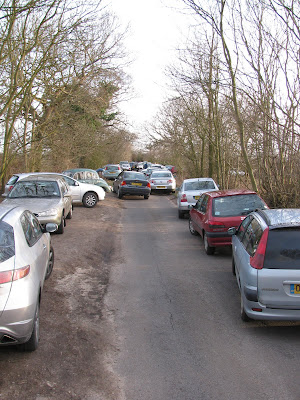 What a traffic "jam-in"and exciting end to the day!
Posted by Martin Blow (martin.blow@rocketmail.com) at 00:30