At 7.50pm on Saturday evening I was happily tucking into my curry, sipping my 4th Cobra beer of the evening with friends, by 8pm, after a call from Jono, I was getting my stuff ready for a 5am start and the night's boozing had come to an abrupt end! This time the target was an adult drake Bufflehead on the Fleet in Dorset. 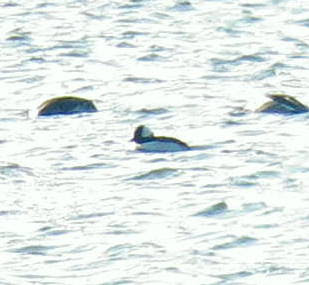 Picking Hawky up at 5.15am, we headed to Jono's place in Wanstead where we were picked up in the new Bradders - Jnr -mobile! Very nice. Some 3 hours or so later we arrived at the Fleet, surprisingly to find very few birders. Having not been many more than a dozen previous British records, we expected many more. Perhaps the hoards were waiting on news. At first that seemed like a sensible option as there was no sign of the smart yank. A Red Kite glided passed through and half a dozen Scaup bobbed around among the Abbotsbury Swans, as we contemplated where to start looking for our main target bird along the miles of the Fleet. We decided to head east looking for any footpaths that would allow us to head down to the Fleet as we went we stopped at the next village to look at the map. Just at this moment the pager bleeped and said something along the lines of, "hey guess what lads, the Bufflehead has been found and you are parked in exactly the right place, get out and head along that path you were going to take anyway!" Result.

A mile and a half later we arrived at the Fleet. The Bufflehead was sticking closely to a group of Red Breasted Mergansers. It was some way off towards the far bank, with very poor hazy light allowing only poor digiscoped record shots. Half an hour or so later we headed back to the car very happy. 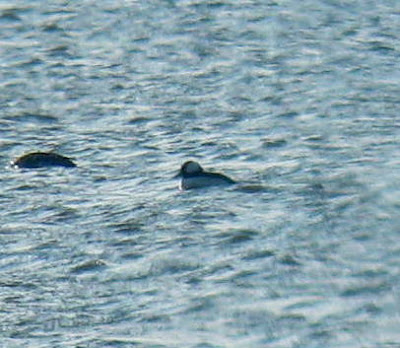 Next stop was a brief one again on the Fleet for a Black Brant but there were no geese full stop. Then on to Portland we braved the freezing winds to look for Auks. Razorbill and Guillimot were straight forward but there was no sign of the reported first returning Puffin. It was quiet bird wise with just a passing Red Throated Diver, Shag and Fulmar of note. 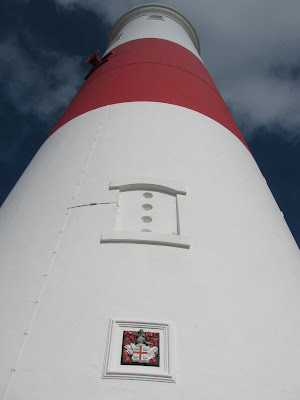 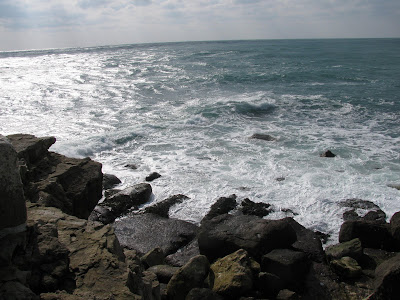 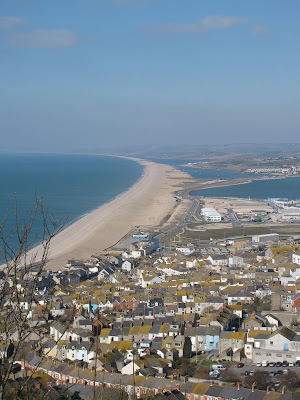 After a stop for provisions we headed north up to the New Forest. The blue shies and breeze we ideal for Goshawk. At our first site at first we wondered whether it was a bit late at gone 2pm but with patience and the distraction of a pair of Woodlark and a showy pair of Crossbill, we were rewarded. Like London buses you wait for ages for four to come along at once. We had four Gos up together showing as well as Gos do, some way off but providing good scope views. 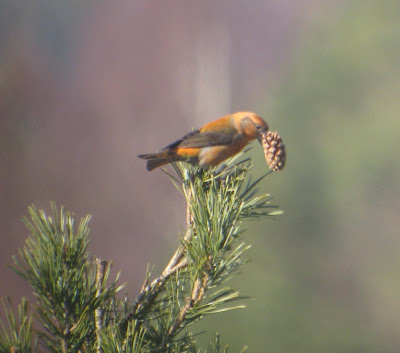 Our final planned stop was another Goshawk site not too far away. Again we were lucky with one distant view. Two and a half hours and major road problems on the M25 later we arrived at Rainham Marshes in almost darkness. From a lay by on the A13 Hawky manage to pick up the two Bewick Swans that had been reported earlier that afternoon. Poor but adequate views were had of the rare for London birds.
Posted by Martin Blow (martin.blow@rocketmail.com) at 00:26