Just back from an exhausting day in north Norfolk with Hawky. Our 350 mile round trip began at 4.30am when I picked Hawky up in Barking and got onto the M11. Conveniently the M11 was shut near Stanstead so we carried on cross country adding 20+ minutes to an already long journey. 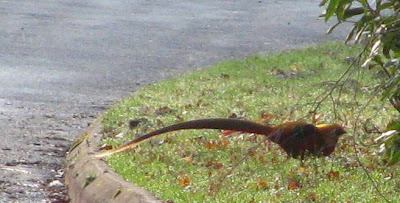 By 6.30am we were 4 Barn Owls to the good as we approached Wolverton Triangle. To our great suprise we found 3 male Golden Pheasants feeding on the verges, quite close the main road.

Next we made our way to Hunstanton, adding another cracking Barn Owl on the edge of town, where we hoped the roosting Alpine Swift would be up and about. We gave it an unsuccessful hour and a half, before deciding to head right the way across the north Norfolk coast to Cromer where a 2nd Norfolk Alpine Swift was apparently showing well. An hour or so later we arrived. Hawky immediately had it around the church whilst I looked for a parking spot. Eventually we found a space just out of town and headed along the coastal path. We immediately picked up the bird again and enjoyed great views, sometimes just 20 or 30 feet above our head, for more than an hour. 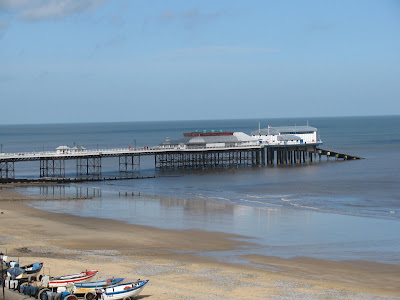 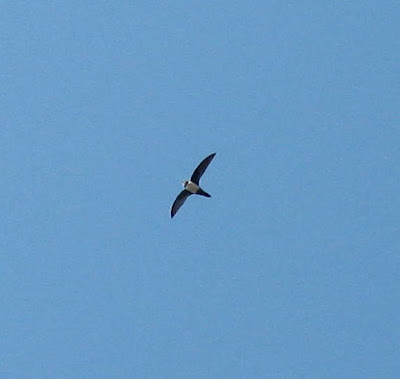 We began the journey south, with a 90 minute drive to the Brecks and Stone Curlews. Just 2 showed distantly which was a little disappointing. Our final stop was to be a short drive away at Cavenham Pits where 1 and now possibly 2 possible Canvasbacks were apparently showing well. Well the only thing that was in fact the pits was the directions, or lack of them on RBA. We drove up and down every lane and road, down muddy tracks and asked every local we could find. No one had a clue where Cavenham Pits were. After more than an hour we gave up looking and headed home. Not happy. The silver lining came later when it was confirmed that neither bird is a pure Canvasback; one is a Pochard hybrid and the other a Pochard.

I saw this sign in the pay and display car park in Hunstanton. Spoil sports! 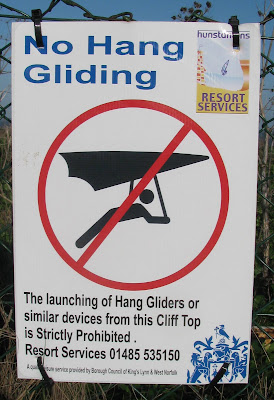 Posted by Martin Blow (martin.blow@rocketmail.com) at 10:26