Boom! I am back on the tick trail in spectacular fashion! For once luck was on my side. When a mega rare Spectacled Warber turned up on Monday up in north Norfolk. I really did not expect it to still be there the following morning. It was, and I could get the afternoon off work. I called a few people but no one could get the time off at short notice, but I had made my mind up, I was going.

I left work at 1.15pm and was parking up 120 miles later, around 3.45pm. It's a long and tiring 1.5 miles walk to the dunes at Burnham Overy, which took another 30 mins, but it was wort it. The bird showed after just 5 minutes of waiting and proceeded to show on and off for the 2 hours I was on site. Most of the time it stayed buried in thicket occasionally sitting up and no closer than c50 feet. Hence the record shots.

With less than 10 previous British records it is a cracking bird to get on my ;list and well worth the solo twitch. It was good to meet Dan Barrett up there, who ironically works about 5 miles from me, so hopefully there will be some straight from work twitches together in the future. 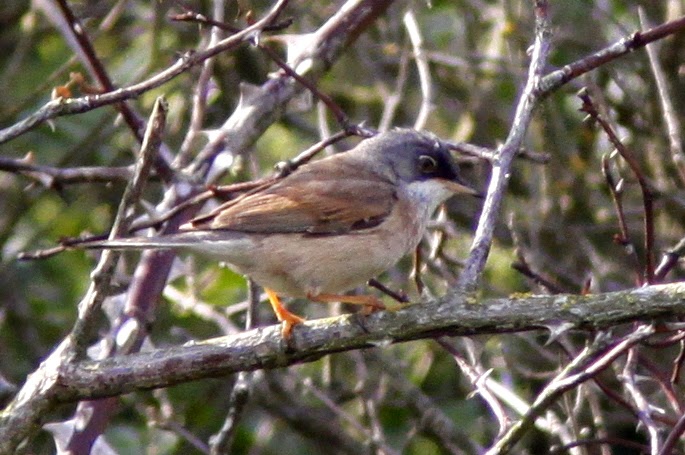 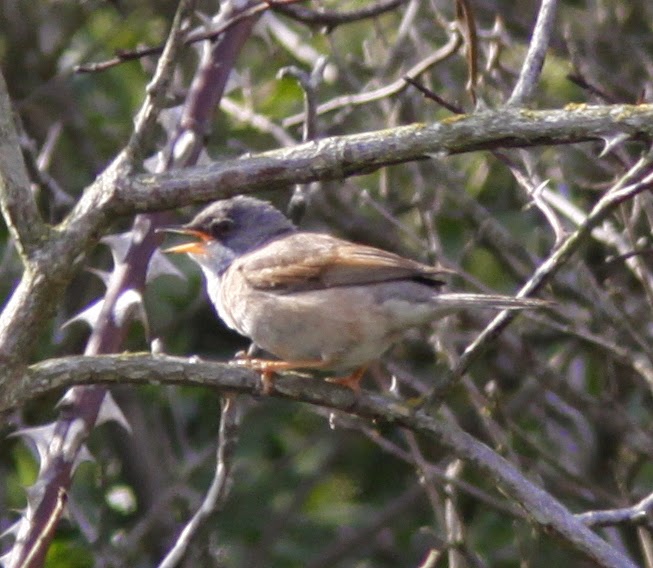 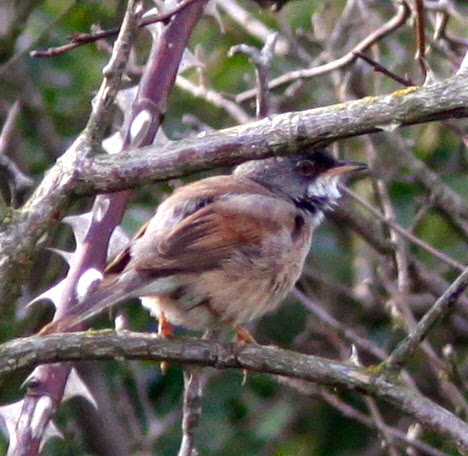 Posted by Martin Blow (martin.blow@rocketmail.com) at 10:45