Ptarmigan - ptastic in the Cairngorms

On Saturday I spent an amazing morning up Cairngorm, in the Highlands of Scotland with Shaun Harvey, Dave Morrison, Paul Hawkins and wildlife photographer, guide, and as we discovered, generally good bloke, e-birder; Marcus Conway. See www.ebirder.net

Stomping up Cairngorm in winter is not for the faint hearted and you need to be prepared for a hard slog in you want a chance of seeing the iconic winter plumaged Ptarmigan. After walking for approximately an hour we got to the spot where Marcus had seen a small flock of the birds the previous day. Eagle eyed Hawky, lifted his bins and predicable was straight onto one, then two, and possibly more. We were looking up a steep slope, to Windy Ridge, it looked not very far away, but it would take 45 minutes plus to circle our way up to reach the height where they could be found.

We spent the next couple of hours finding more and more Ptarmigan, some singles, some in twos, but often in double figure flocks. Not far from the highest point of Windy Ridge we spotted a bigger flock, of what we initially thought was at least 20 individuals, then as we approached more and more appeared in front of us. We estimated we had at least 50 birds gathered in a super-flock. By taking our time the birds were quite approachable, allowing some nice shots. 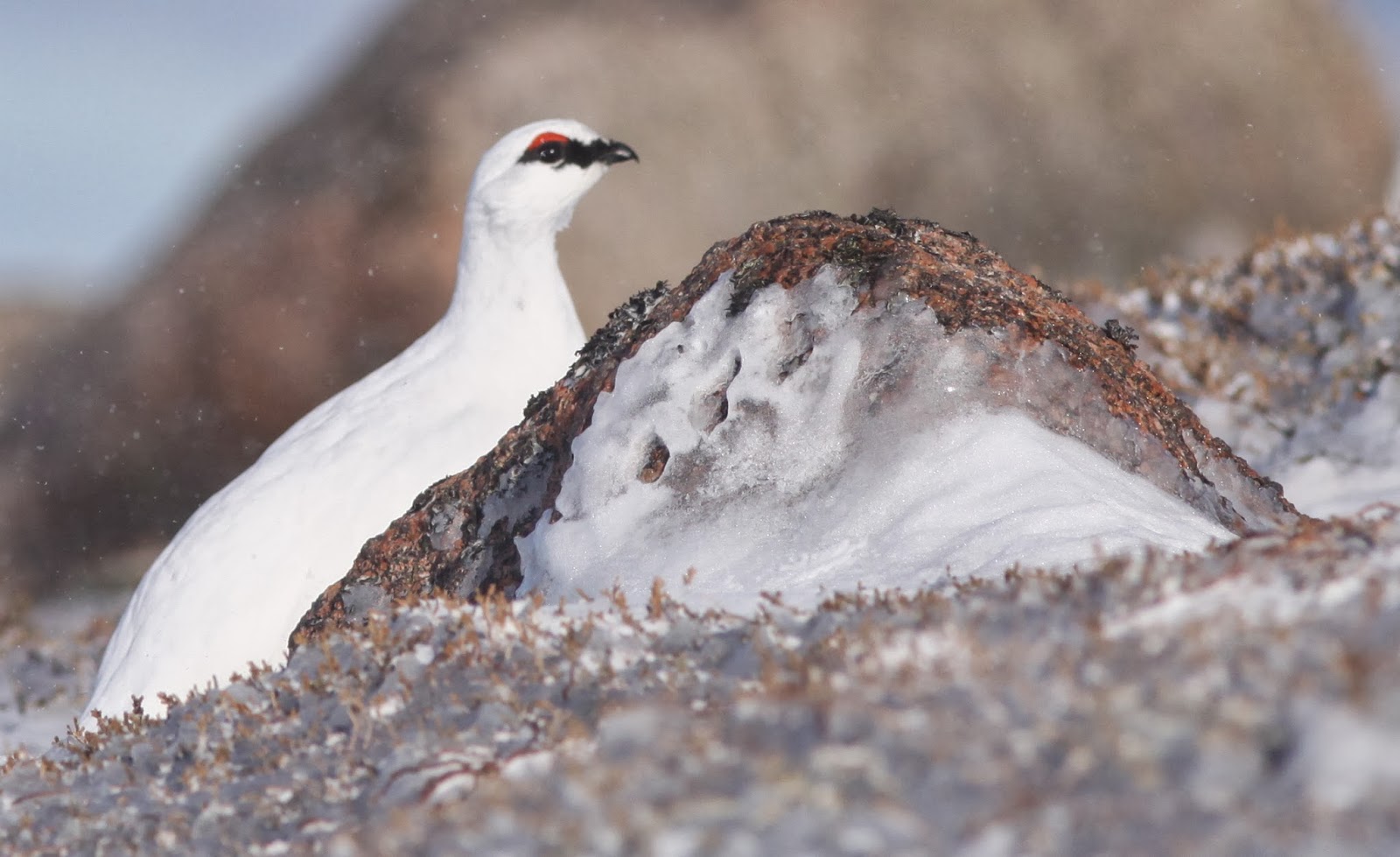 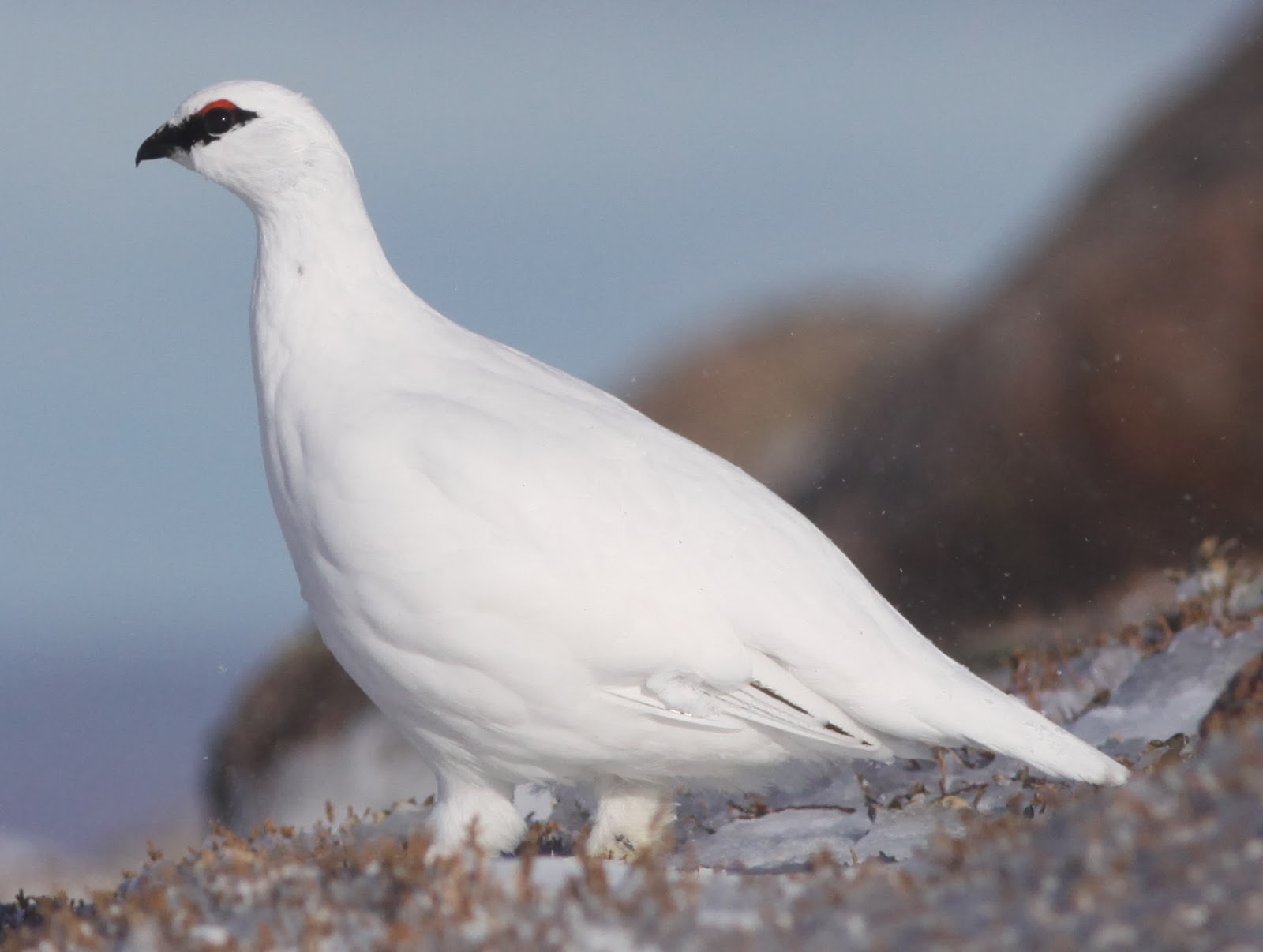 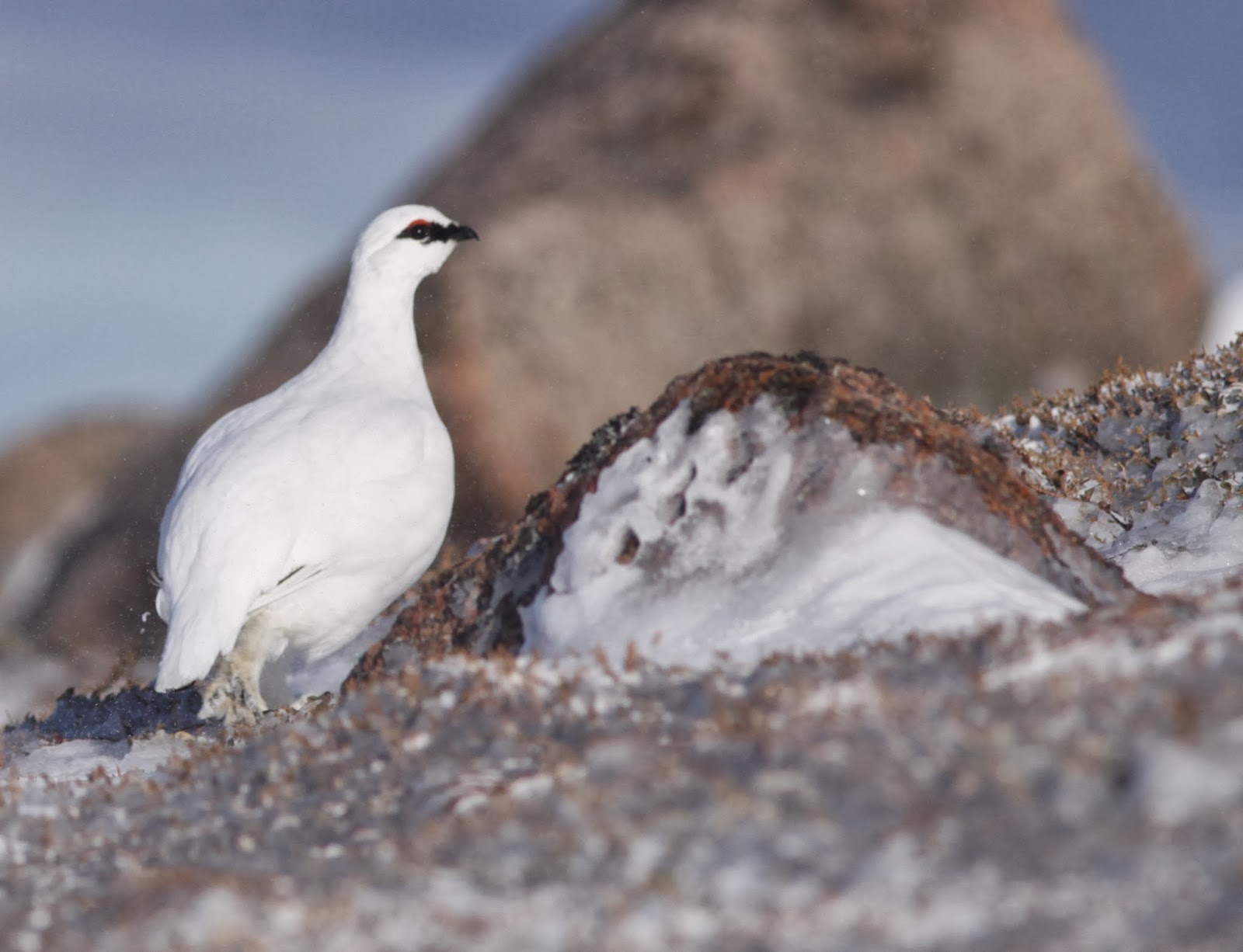 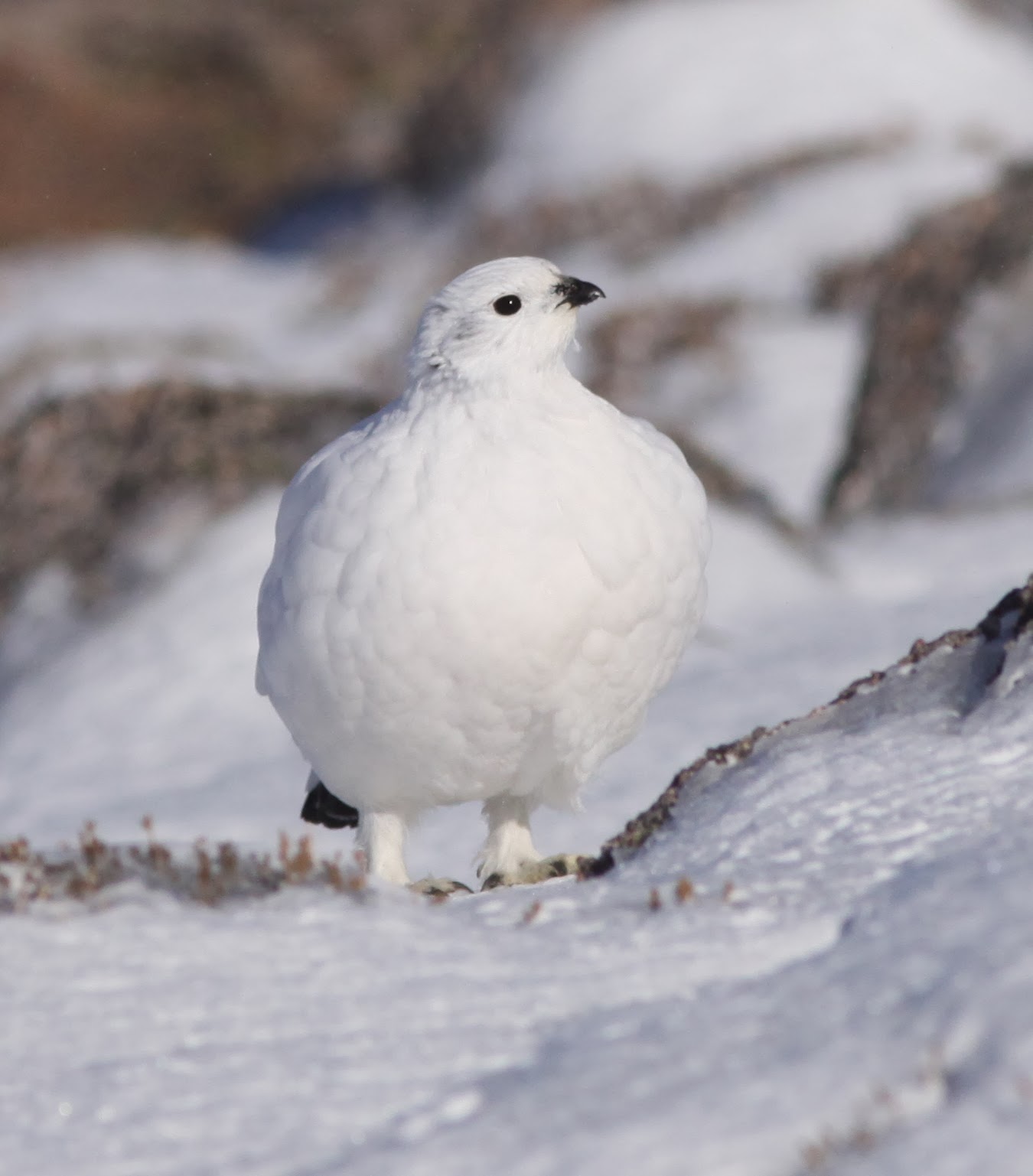 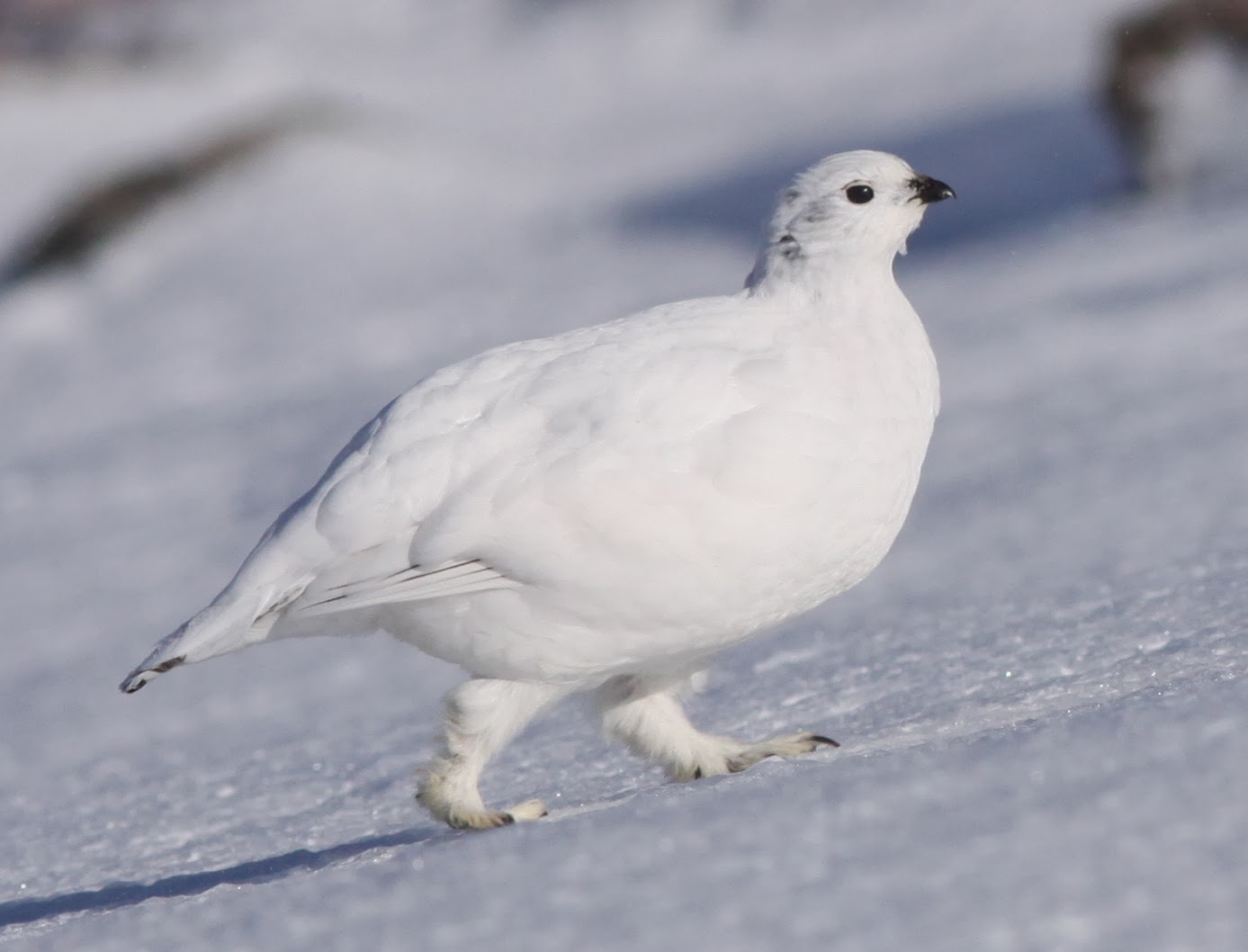 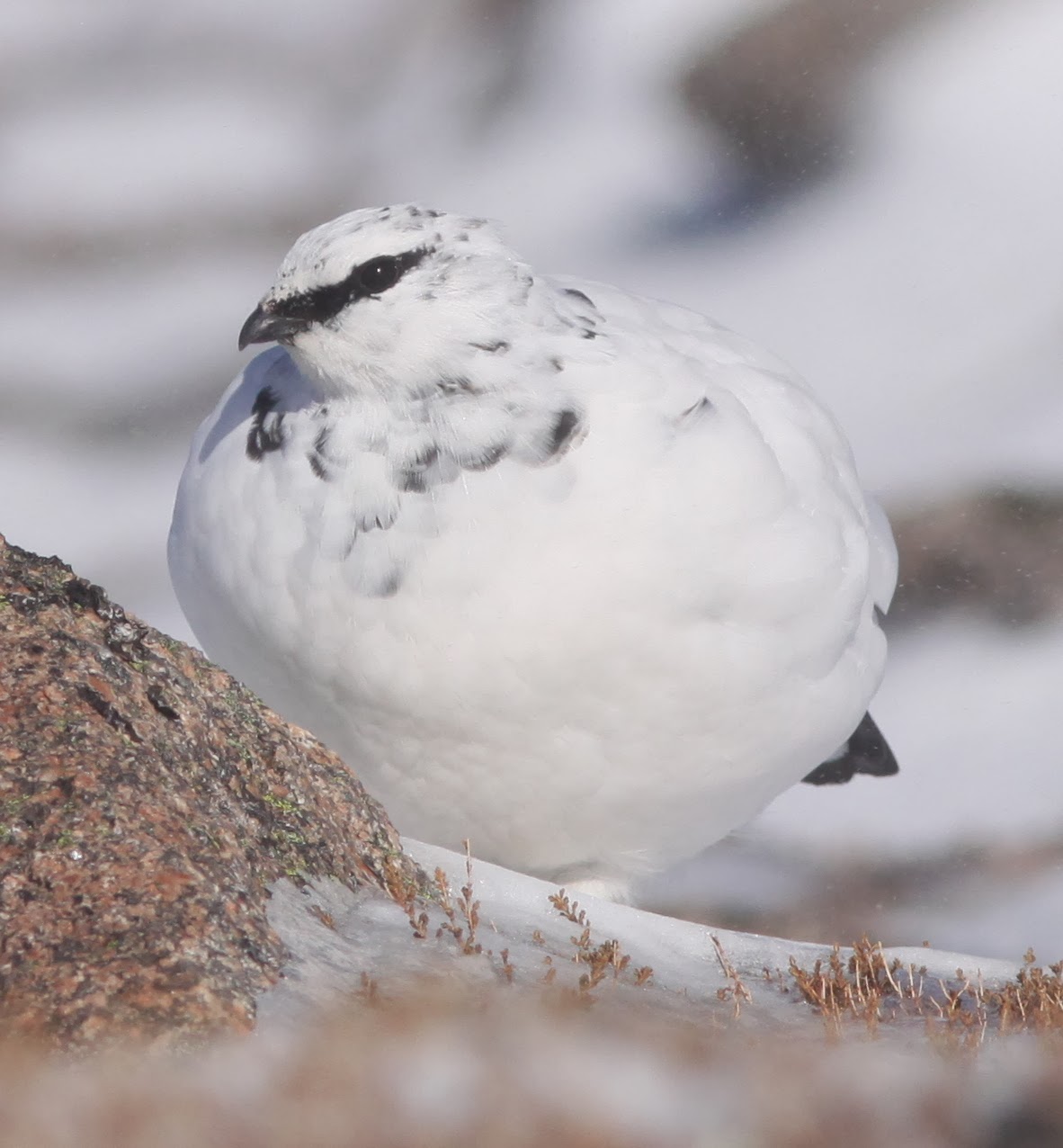 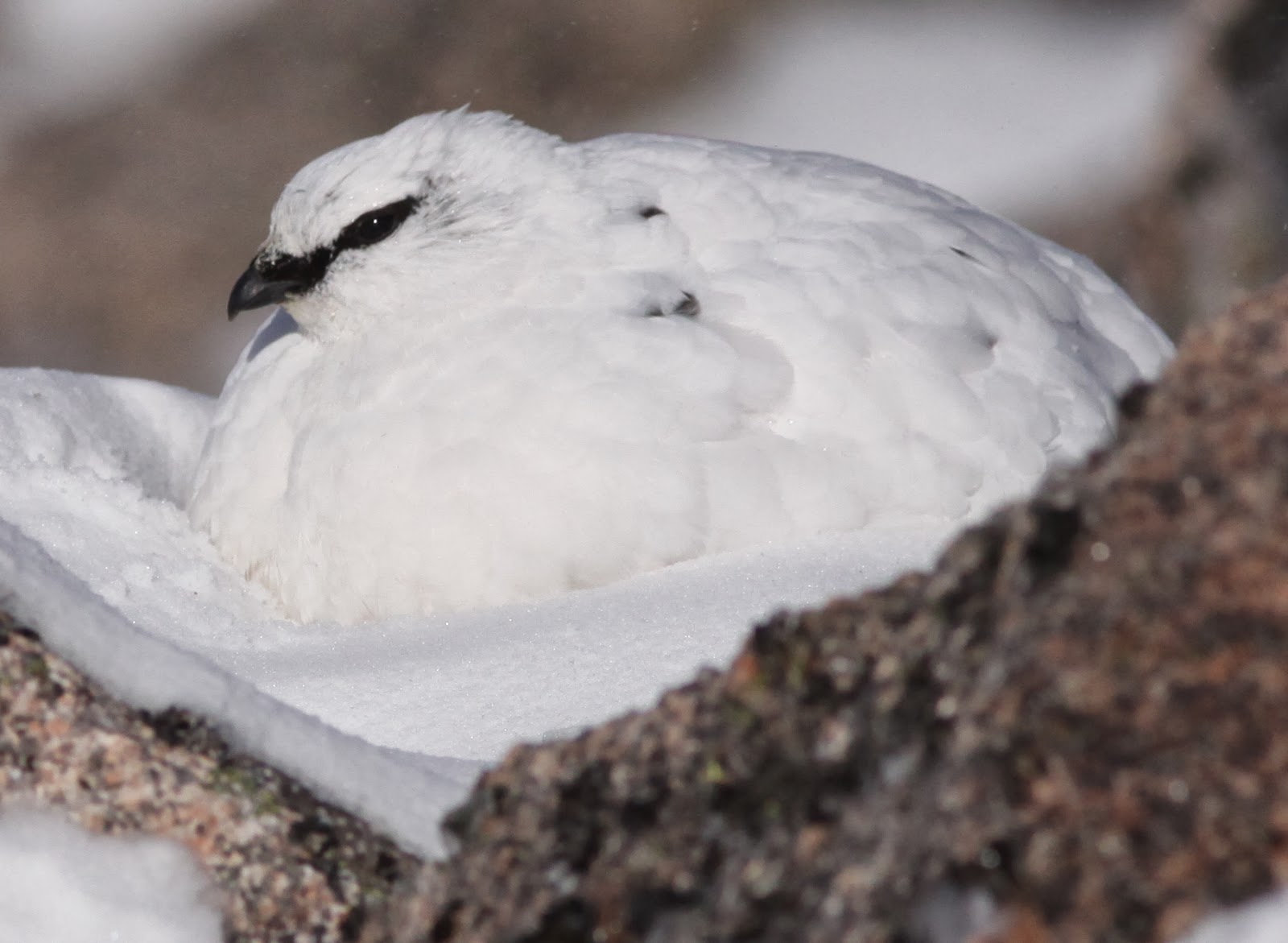 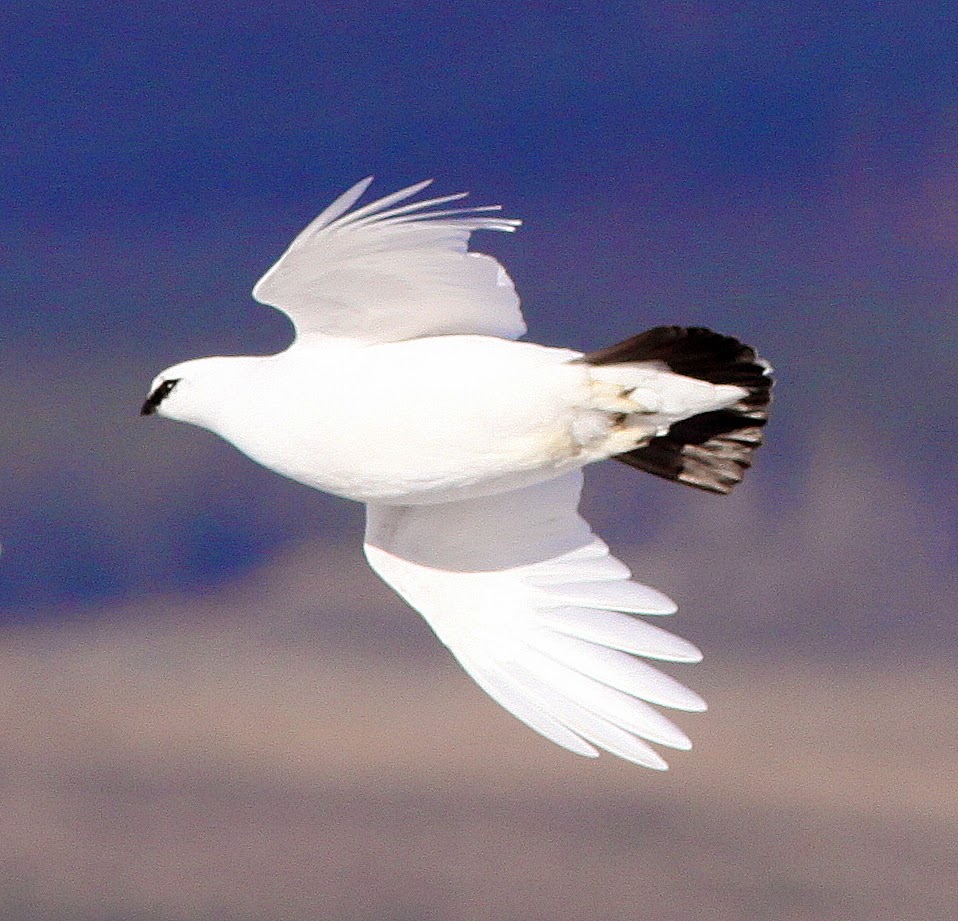 Spending quality time with these beautiful birds was one of my favourite birding experiences in the British Isles and one I will never forget.
Further posts to follow from our trip to Scotland including catching up with most of the Scottish specialities as well as a lost Coot.

Posted by Martin Blow (martin.blow@rocketmail.com) at 08:04