With it being Mother's Day on Sunday, Hawky, Lee and I hatched a plan to get out for a day's birding on Saturday, so that we could all be at home and due our Mother's Day duties i.e. breakfast in bed, flowers, cards etc, on Sun. Saturday was hard work, we headed to Kent where we spent 1.5 hours looking for the over wintering Hoopoe at Snodland golf club, to no avail.

We headed off for the obligatory McD's breakfast before heading back to give the Hoopoe another bash. This time we were lucky. Someone located it in fields where it showed distantly in trees before it provided better views as it flew towards us, and then disappeared! After a 30 minute search we gave up and headed to Reculver to try and find some of or own birds. Reculver was dead! We spent a couple of hours on sit with little more than one fly by Black Throated Diver and a distant flock on Common Scoter worth a mention.

With no new birds reported in Kent we drove the short distance to Ramsgate Cemetery to look for yet another over wintering bird, Hume's Lead Warbler. Lee and I had already seen the bird back in January where it showed well, this time, it was a pain and could not be located after an hour. It was now mid afternoon. News had broke of a Baikel Teal in Cambridgeshire and it was too late to get there that day. I needed a plan!

I played it cool Sunday AM after checking that the teal was still there. Julia loved her present and card, and I baked my mum a cake to take round. I picked my moment perfectly when Julia said she wanted to go to her parents for an hour or two and then pop to the gym later in the day. I was in! After a nice lunch with my mum it was time to hit the road. The drive was very straight forward, up the M11 via the M25 and onto the A14. An hour and 10 mins later I was pulling up at Fen Drayton RSPB. A 20 minute walk later I was in the hide scoping the smart little duck approximately 80 yards ahead of me. 45 minutes later it was time to head home to cook my wife a lovely Mother's Day meal. 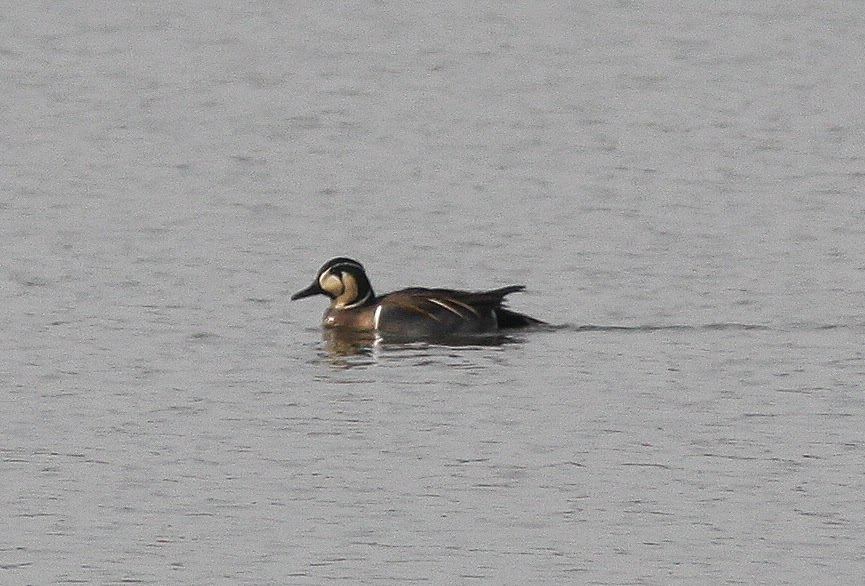 So another bird added to the pending list hopefully to be ticked from my armchair sometime in the near future. Three ticks in three months - 2014 is looking tick-wise so far. Long may it continue.
Posted by Martin Blow (martin.blow@rocketmail.com) at 12:39