About a year ago Dave Morrison and I arranged for a Peregrine nest box to be installed on the to pod a 22 storey tower block in East London. For obvious reasons I can't divulge the exact location. Just a couple of months after it was in place the Peregrines successfully bred. With this year's breeding season just around the corner it was time to clean the box out in preparation for this year's breeding attempt. 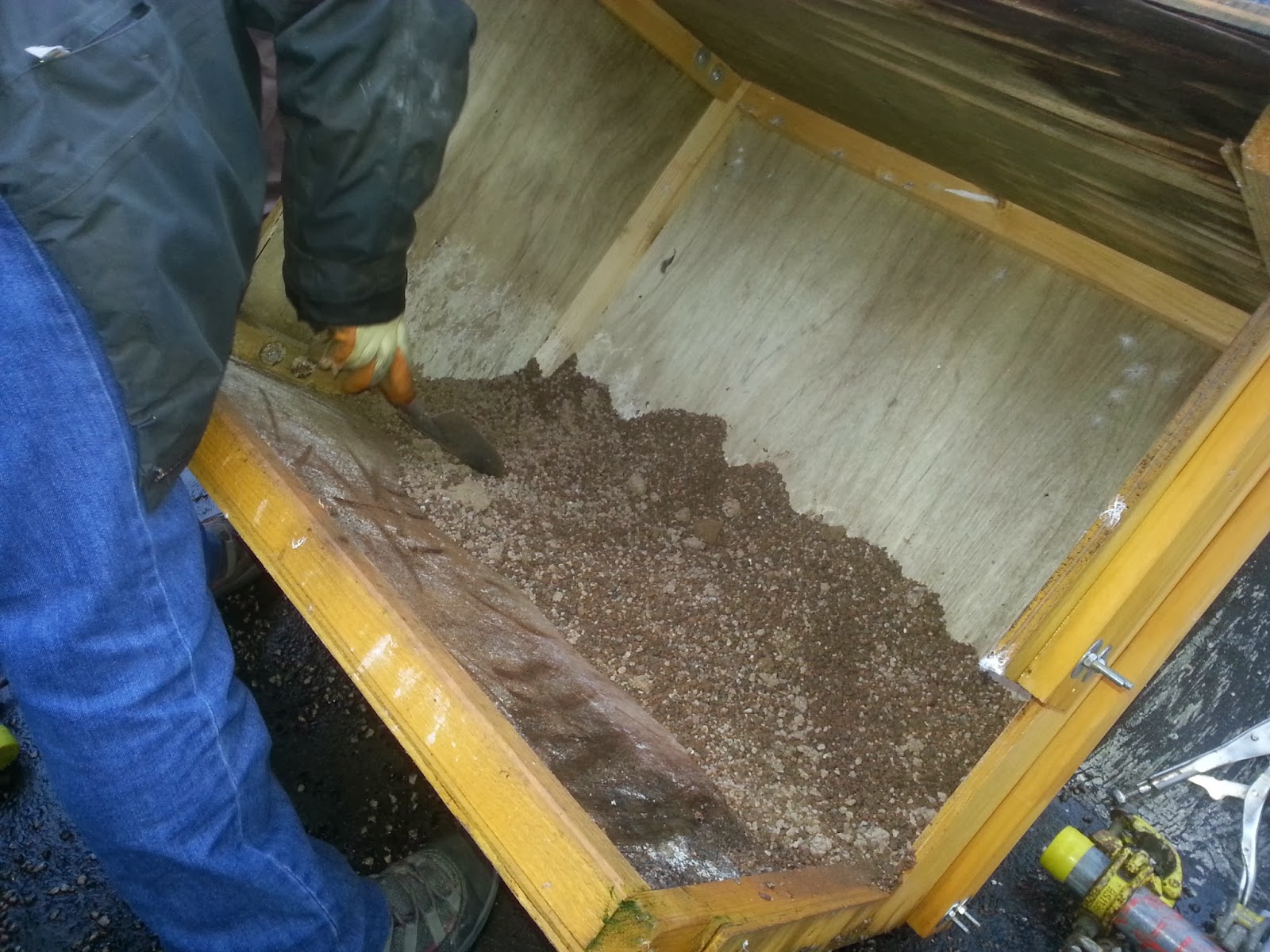 Like a giant cat litter tray
My 13 year old son, Jamie joined, me, Hawky and Dave Mo to the top of the block, where we had to disassemble the scaffold housing before lifting the box off the ledge it was on, to clean it out. At 22 storeys up it was not for the faint hearted, especially if you are not good with heights. Dave had to put on a harness and climb over onto the ledge which he seemed to take is his stride, something I am not sure I could have done. 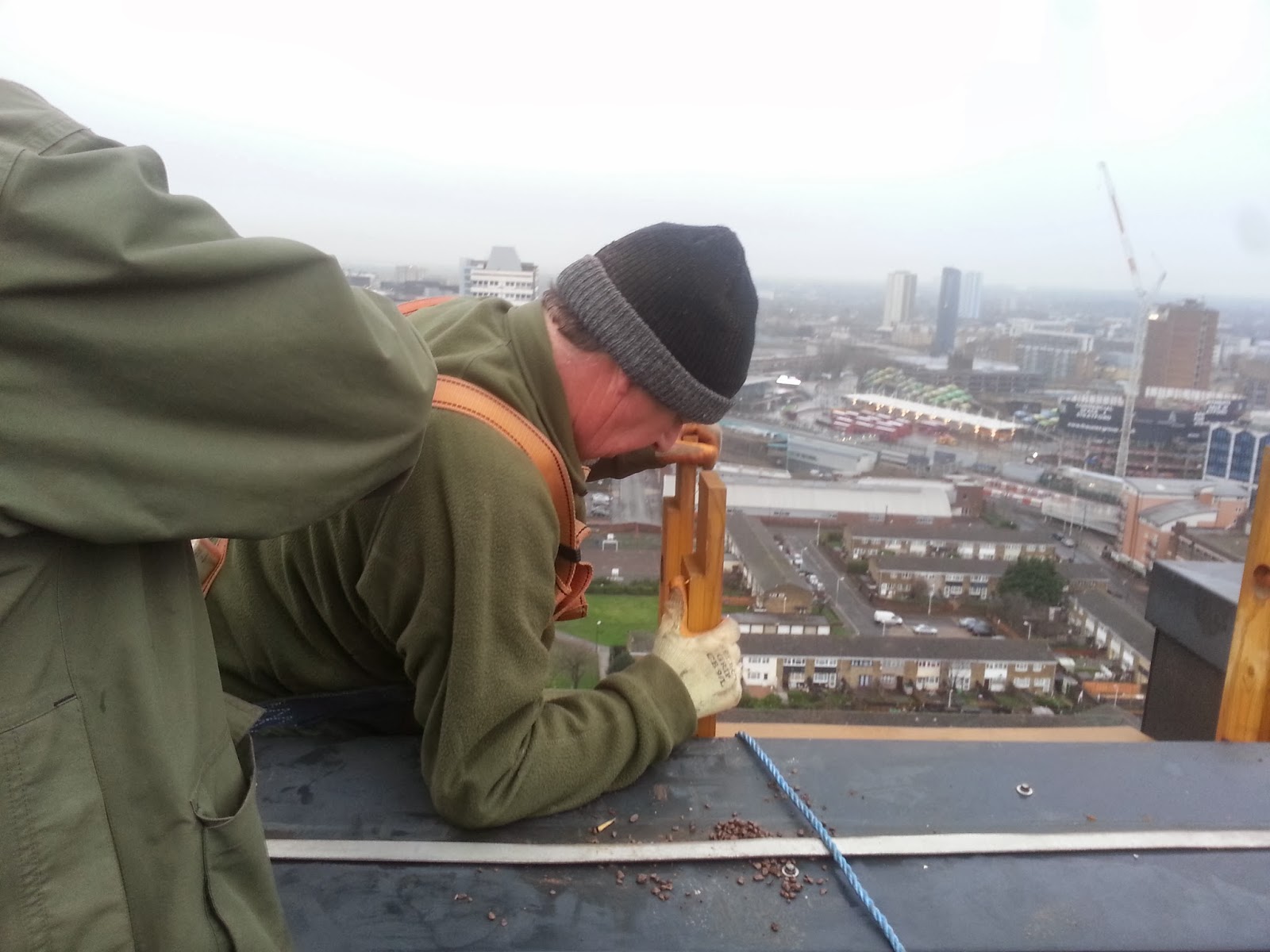 Dave Mo braving it over the ledge 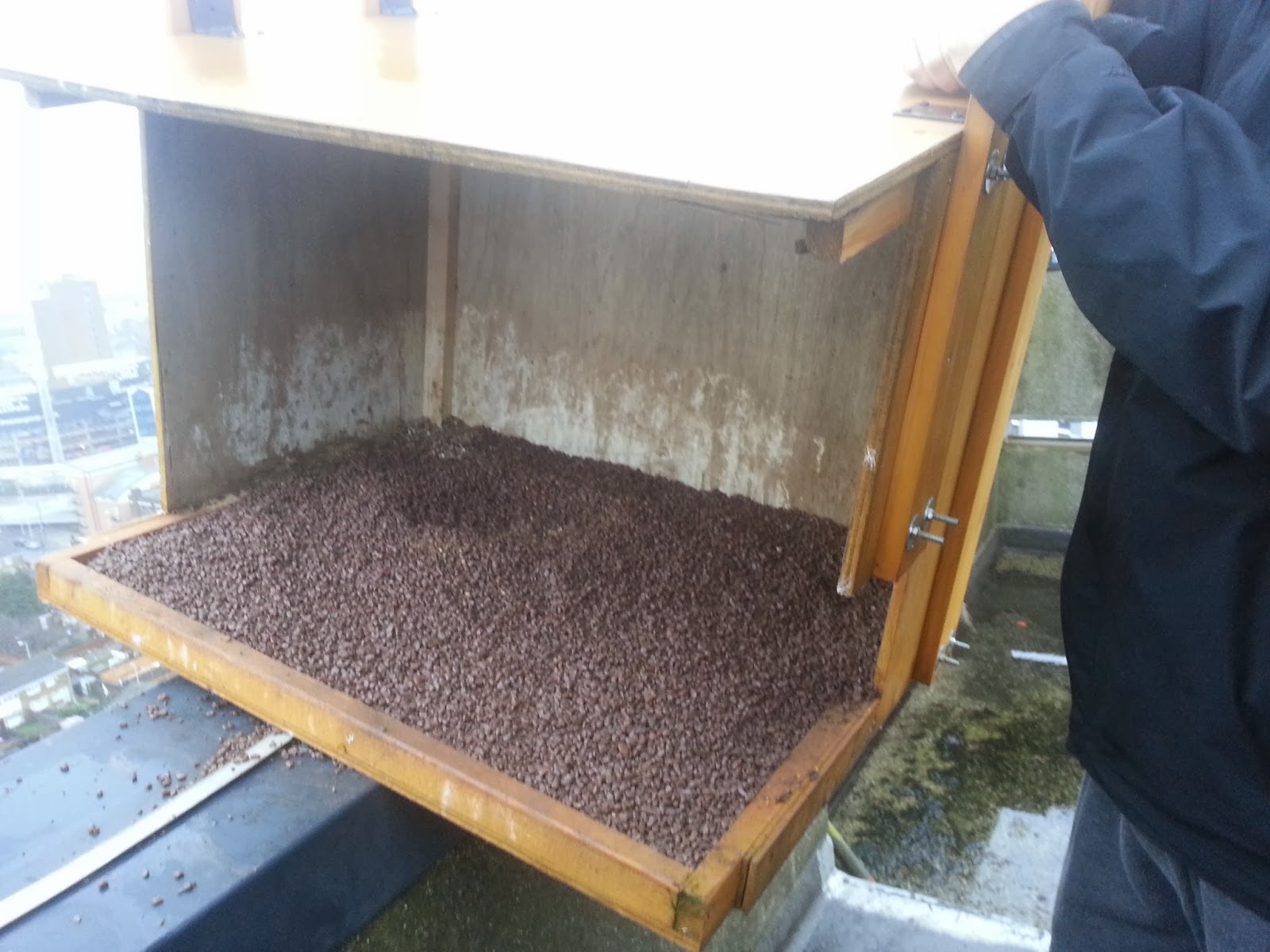 Cleaned out and ready to go back out
Both the male and female were on site. The female played it cool sitting on another tower block but the male was much more inquisitive, having a couple of close fly pasts, checking out what we were doing to his box. 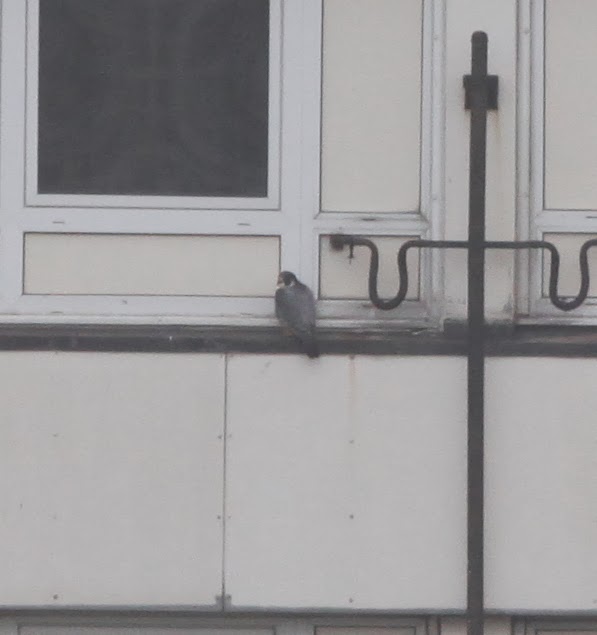 Keeping an eye on proceedings
Not much in the way of prey remains were found this time. When undertaking viewings of potential sites 18 months ago we found amongst the pigeon carcasses Teal, Redshank and a few Woodcock. 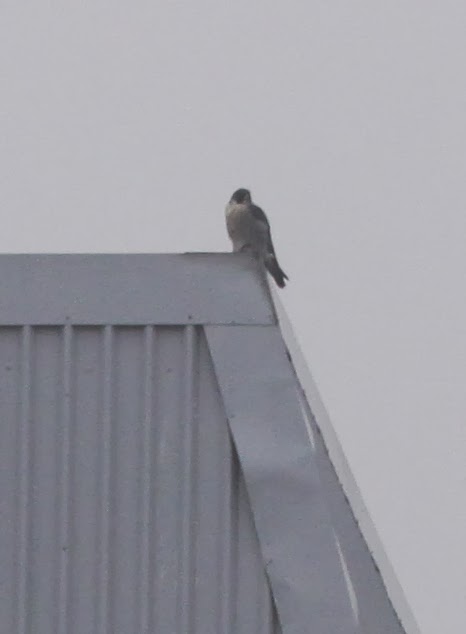 So here's to another successful breeding season. Keep up the good work Mo. You never know we may get a web cam in the box by this time next year. Watch this space. 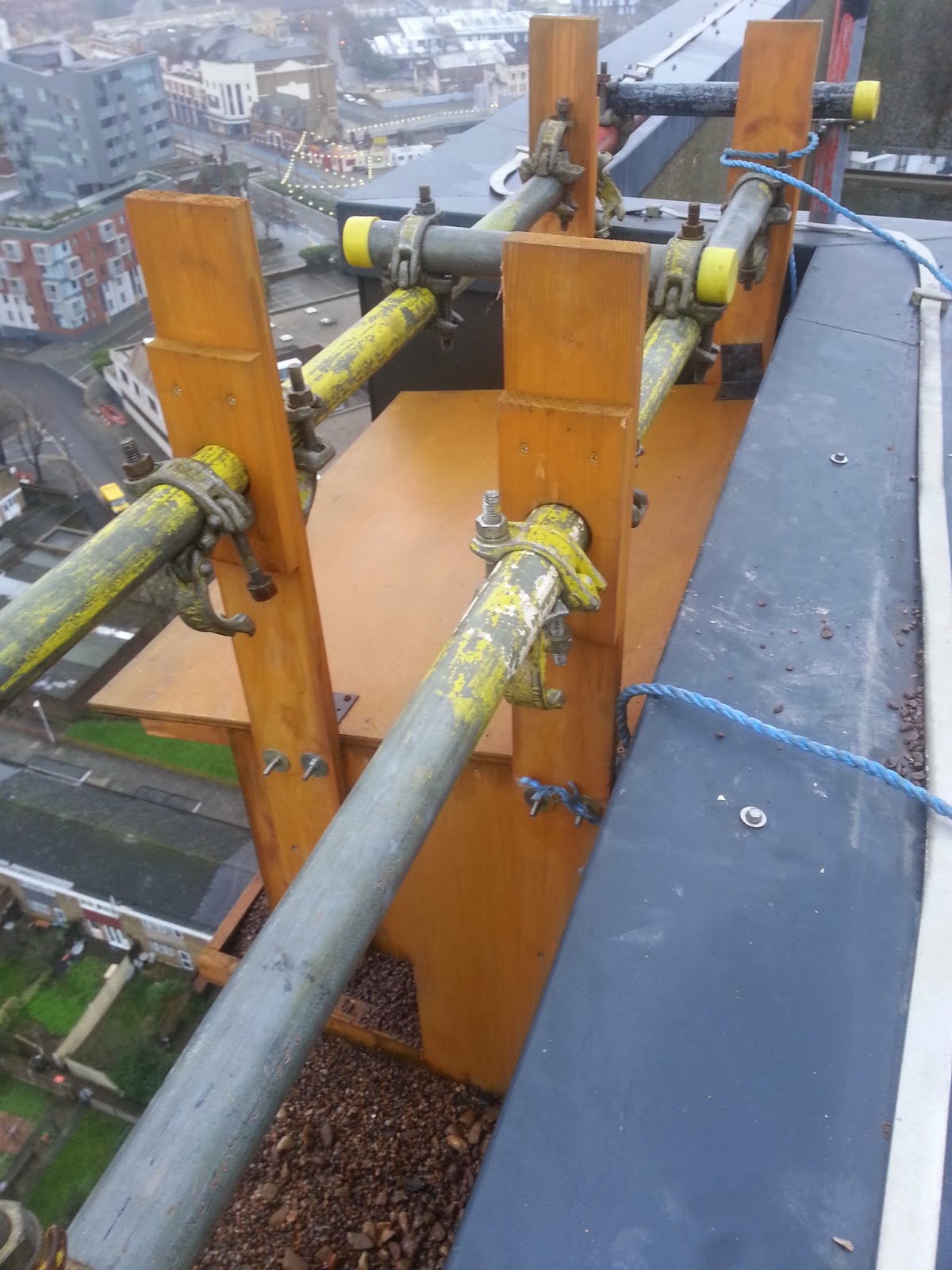 Back in place ready for the 2014 breeding season 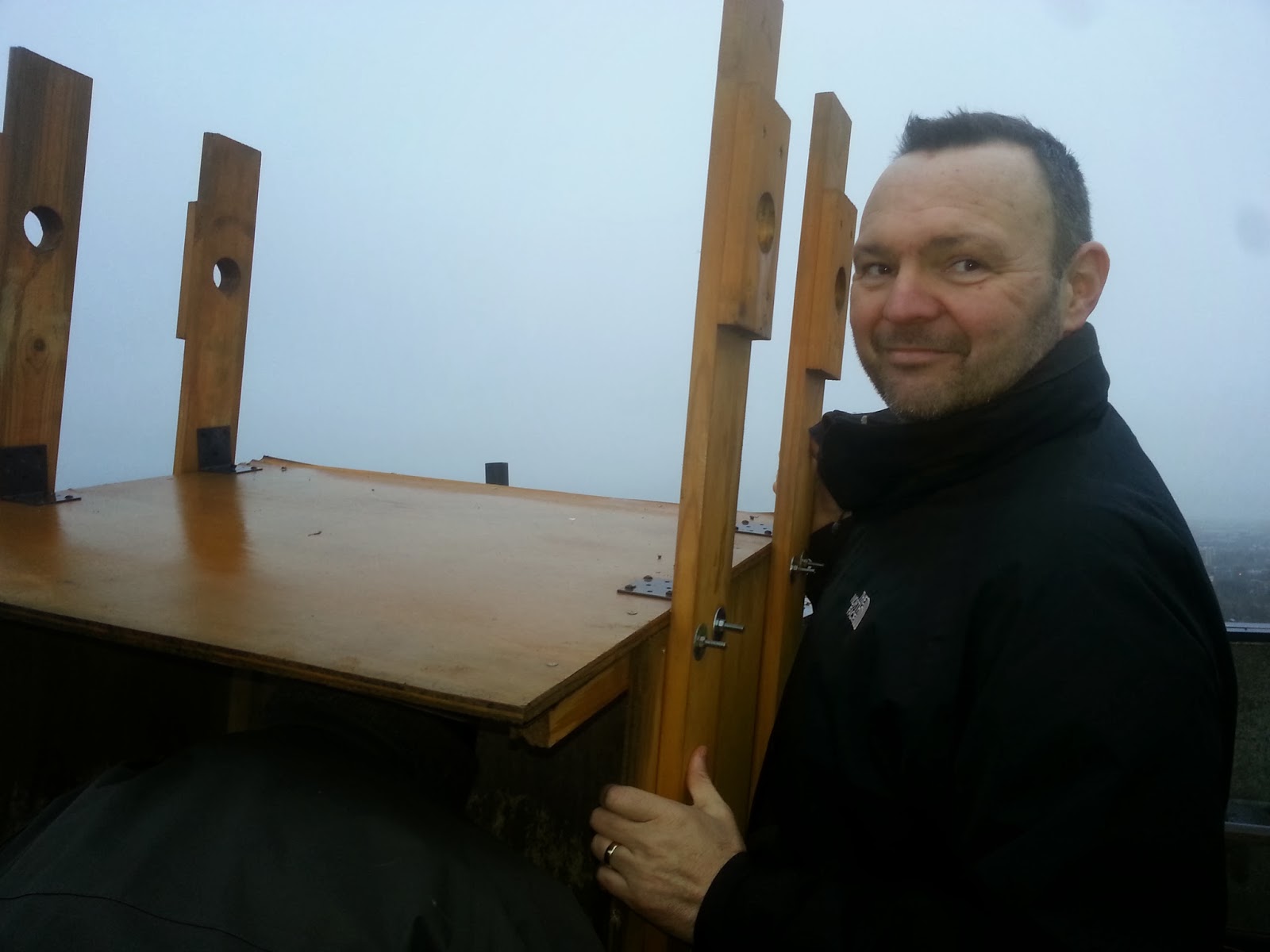 Posted by Martin Blow (martin.blow@rocketmail.com) at 08:53