Had a couple of hours out today and headed to north Kent to see the Penduline Tit that had been showing well on and off for a few days. As it says on the tin, the bird showed well on and off for the hour plus I was there. The bird followed a tight pattern of feeding on the heads, then flying to a nearly tree, then off and out of sight. Then 15 minutes later a call could be heard and a few seconds later it would reappear in the tree, before heading back to the reeds for another feed. It followed this pattern 3 times in the time I was there. 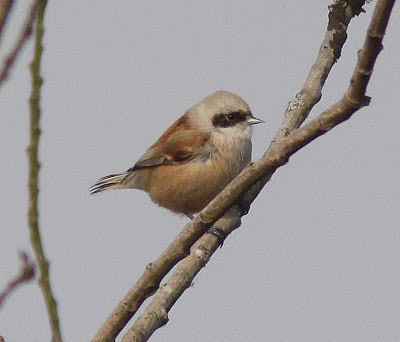 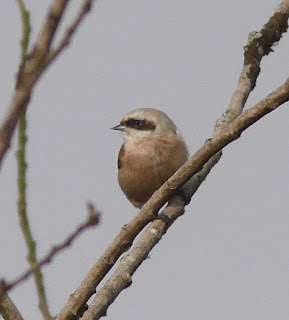 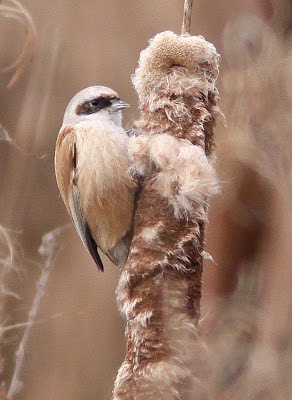 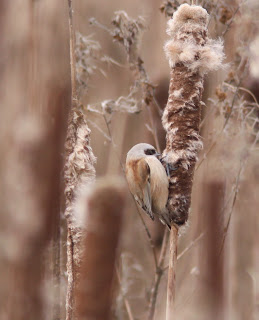 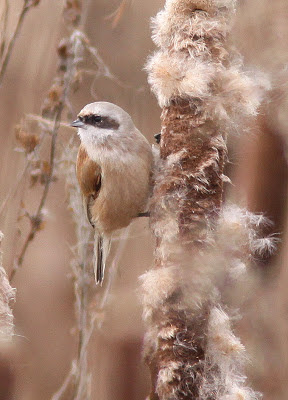 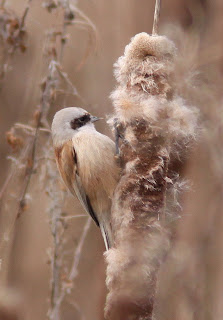 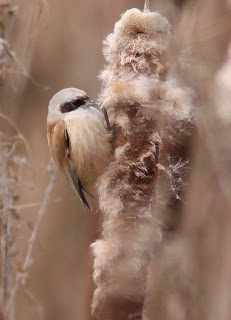 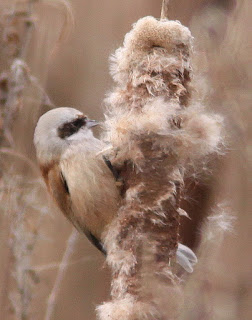 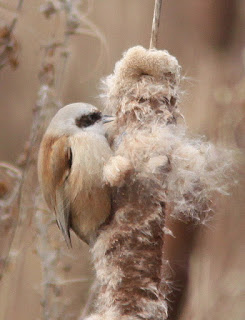 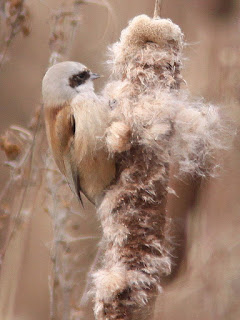 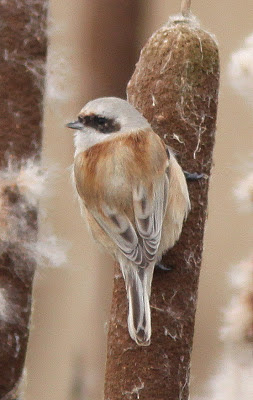 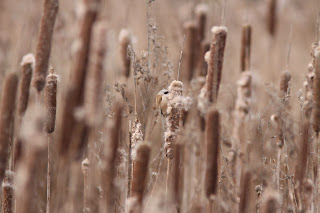 The bird was amazingly camoflauged at times amongst the perfectly matching brown mace heads.
Posted by Martin Blow (martin.blow@rocketmail.com) at 08:26