I am still recuperating from my recent heart operation, but am trying to get out in the fresh air and do some exercise (= birding) most days over the last week or so. Not wanting to spend ages in the car (I've set myself an hour drive limit each way) I done some research last night and with both a Great Grey Shrike and Hawfinch in Hertfordshire, the decision was easy. After a lie in and a leisurely breakfast I hit the road at around 10am. An hour later I was pulling up at Therfield Common, Royston.

I caught up with a couple of birders who informed me that I had missed the bird by 10 minutes, and that it had been showing distantly on wires. They soon departed and I left alone to search for the bird. Bingo! After just 15 minutes I relocated it in a hedge about 50 yards away behind me. Having just walked that area I knew there was a path close by so quietly walked the path, hugging the bushes to hopefully creep up close, and it worked. Despite rubbish light I managed to get to within 20 or so feet of the bird when it conveniently relocated to the top of the bush! Cracking. 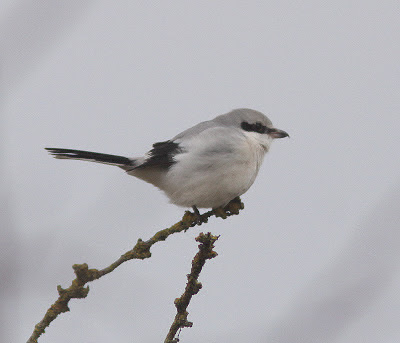 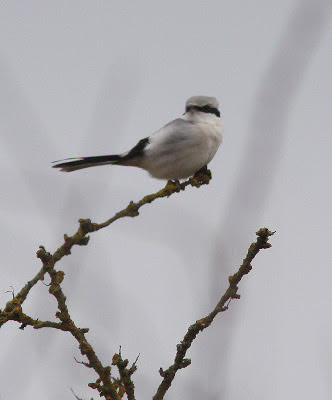 Next stop and sort of on the way home, a church yard in the small picturesque village of Bramfield, about 30 minutes away. I was after Hawfinch. Almost immediately upon arrival I had one fly over, then after a short search I found 5 in the tops of the trees in the church yard. Excellent scope views were had but digi-scoping proved tough as you can see by the record shots below. 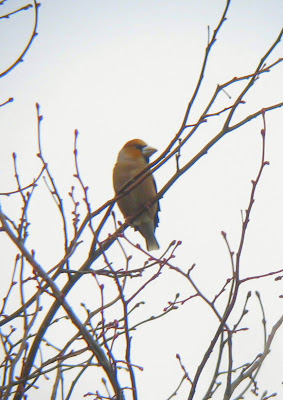 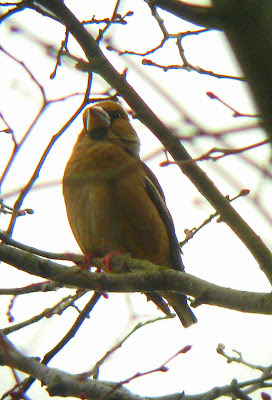 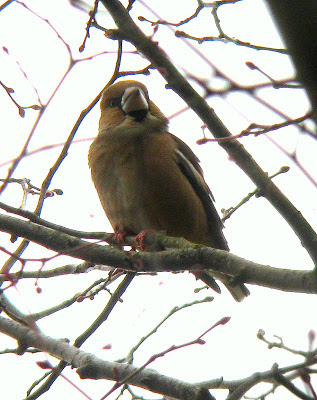 Other birds seen on site of note were Coal Tit, Nuthatch, Fieldfare and Common Buzzard. 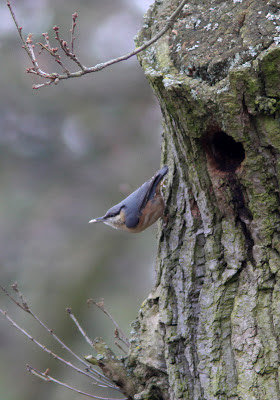 Posted by Martin Blow (martin.blow@rocketmail.com) at 09:03