Some birds from Mallorca 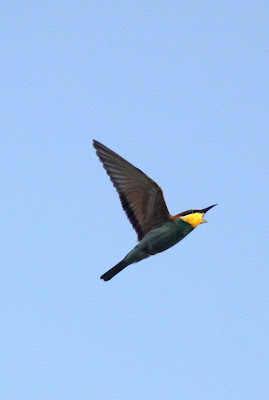 Just back from a week long family break to Port Du Pollenca in Mallorca. We've visited the Port Du Pollenca on 3 previous occasions, each time over the May half term, and I was not surprised to find it much quieter bird wise in August. As well as many fewer birds, it was significantly hotter too, with the thermometer hitting 37c on at least 2 days. That's over 100f in old money, and too hot for me! 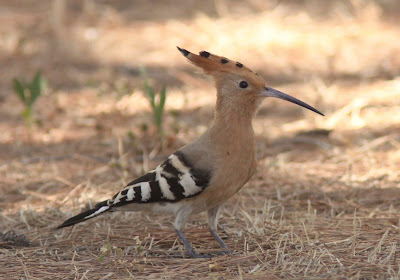 Anyway onto the birds I did see. I only actually went out birding once, for 2 hours early one morning to S'Albefuera wetlands, actually it was more like drylands! I was lucky to have a party of Bee eaters fly overhead within 10 minutes of arriving, as they would be the only Bee eaters of the trip. The main differences from previous visits to this site, apart from it being much drier, was the absence of Black Winged Stilts, probably the most common bird seen on previous visits, this time I saw none (at this site). There were also many more Purple Gallinule and the re introduced Nobbed Coot, many not tagged. Also seen on site, loads of Kentish Plover, Nightingale, Black Crowned Night Heron, Cattle Egret and Sardinian Warbler. Next I headed off to my favourite site at the sewage works up the road, but I was gutted to find there was no longer access! 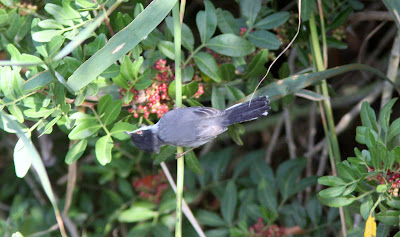 Posted by Martin Blow (martin.blow@rocketmail.com) at 12:00