It was one Friday night over a pint or three, that good pal Dave Morrison suggested a short birding break  southern Spain. I was well up for it from the off and we were soon joined by, another local birder and good friend, Lee Brown. Dave already had dates in mid and a rough itinerary.

We booked cheap flights from Southend to Malaga (£45 return - hand luggage only) and 3 nights in a strategically located hotel (Camanile - £160 for 3 nights) just a short walk from the entrance to the Guadahorce reserve. The plan was to bird the reserve ourselves on day 1 and then on days 2 and 3 hire a guide and venture further afield.

We arrived in the evening, sank a couple of quick beers and it was off to bed for an early start. It was a 15 minute walk to the reserve. We arrived twilight with the air alive with the sound of bird song; Nightingales, Zitting Cisticolas, Serins, the place buzzing.

Red Rumped Swallows were common, more plentiful than Barn Swallows and there was a good smattering of Pallid Swifts in with the commons. Within half an hour we had a flock (6) Squacco Heron flew on to the reserve, soon joined by a mobile flock of Greater Flamingo - a life tick for me!

We spent the next 6 to 7 hours walking the reserve. As expected as the sun came up it was getting hot, the birds were becoming less active and we were in need of food, drink and a rest. We headed back to the hotel for a couple of cold ones and a pizza to refuel.

( get too excited - none the photos below will win any prizes. Despite the birding excellent, the photo ops in many places were not quite as good) 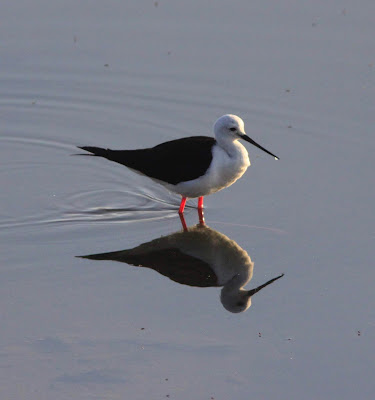 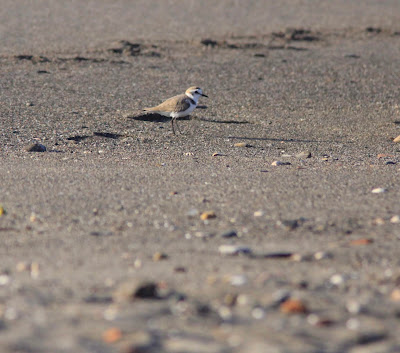 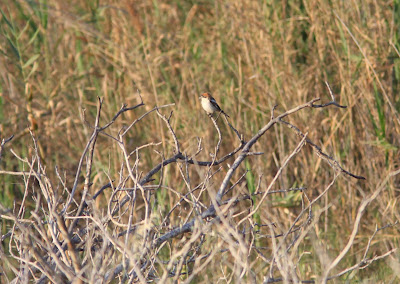 Woodchat Shrike - one of only 2 seen all trip surprisingly 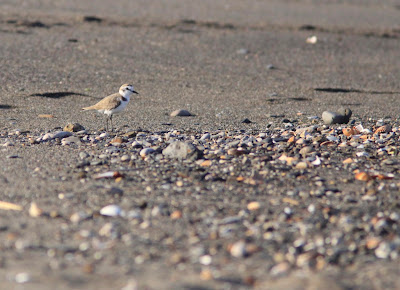 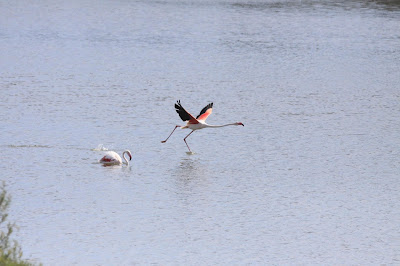 Greater Flamingo - 1st of my 14 ticks of the trip 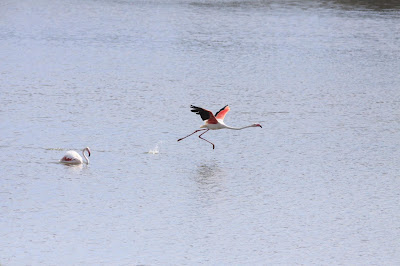 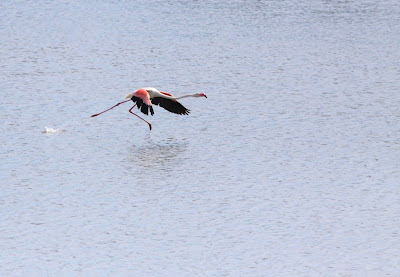 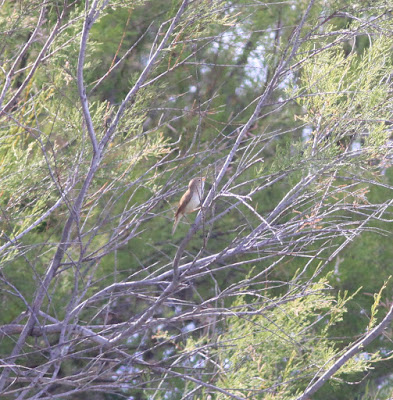 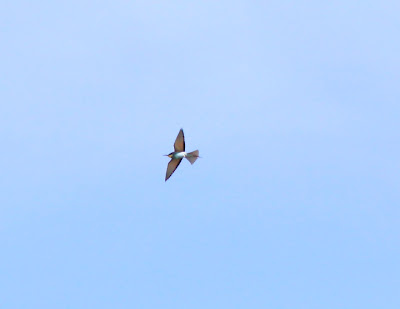 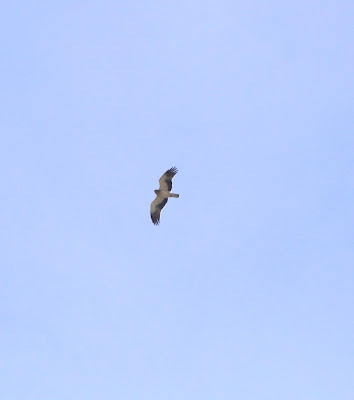 After a 90 headed back to the reserve for round 2. Even though it was a Wednesday it was a public holiday in Spain so it was pretty busy. We added Curlew Sandpiper and Fudge Duck to the trip list.

By the time we got back to the hotel for more beers and food we had covered 21k!

Day one we racked up 74 species, including four ticks for me, the two plus Slender Billed Gull and White Headed Duck. Other birds were: Auduines gull, Crested Lark, Turtle Dove, Black Crowned Night Heron and Whiskered Tern
Posted by Martin Blow (martin.blow@rocketmail.com) at 12:08