There was no chance last week of getting any time off work, so when Chesterfield's amazing record of European Crag Martin was still flying about the famous crocked spire yesterday and appeared to go to roost at Chesterfield Football club's stadium, I couldn't resist a twitch.

Lee "indoorstoomuch" Brown was my partner in crime again. Lee picked me up at 5.30am. I'd had a heavy night with friends over, drinking far too much and not getting to bed until just before 1am. When the alarm woke me at 5.10am I was in a bad way, but I crawled out of bed, got dressed, brushed my teeth and waited to be collected.

Two and half long hours later, I perked up as news came through that the bird was showing at the football stadium. Thirty minutes later we were pulling up and, easy-peasy, there it was, hawking insects inside the stadium. It remained on view, proving good bins views for 30+ minutes, until it disappeared. 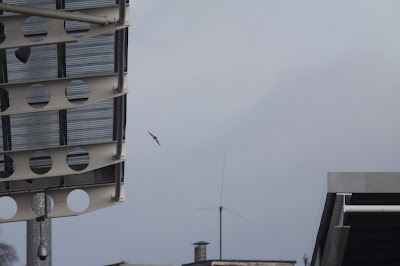 It was time for a quick breakfast stop (McDs obviously) then it was time to go see the famous crocked spire of Chesterfield cathedral. The birds again showed well around the clock tower as it zoomed around in high winds making photography almost impossible, well for me anyway. 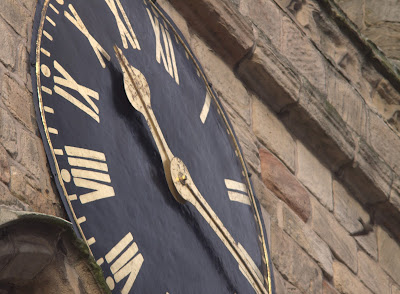 After c3 hours on site it was time to head south. I was home by 1.30pm, bagging not only the mega rare hirundine, but also a few brownie points from the Mrs. I wonder if that will be the last tick of 2015?

Posted by Martin Blow (martin.blow@rocketmail.com) at 14:07