So 2014 has produced some pretty special birds, and come the end of the year it'll be tough to decide which was the biggest. One thing is for sure that Britain's 3rd ever Masked Shrike will be up there with the best.

For once I had planned to keep Sunday free for birding and boom, my luck was in, a mega turns up and it's not on an off island and within driving distance for a day trip. Hawky was keen so I set the alarm for silly o clock, packed a few sarnies, and I was on the road by 4.30am.

Two ish hours later Twitter informed us that the bird was still present and it was hard not to begin high fiving, even though we were still around 2 hours away.

On arrival there were birders everywhere. Parking was well organised and we were soon viewing the bird distantly across a field. It seemed pretty settled so we decided to head off and see what else we could find.

A Red Breasted Flycatcher showed well at the side of the road, and one tree in a garden at one point contained all three flycatchers, and a couple of Winchats. Cracking. 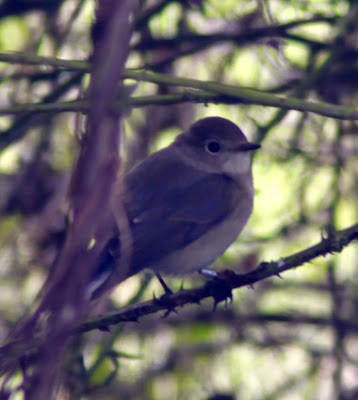 Just 100 yards up the road a Barred Warbler skulked in a road side bush providing the kind of views you usually expect of the species. 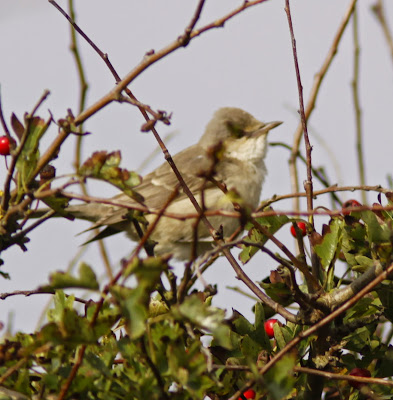 We gave the Olive Backed Pipit in the Canal a go but it was ridiculously elusive only providing views when flushed so we gave that a miss and headed back for more views of the shrike, on route again passing the R B Fly. 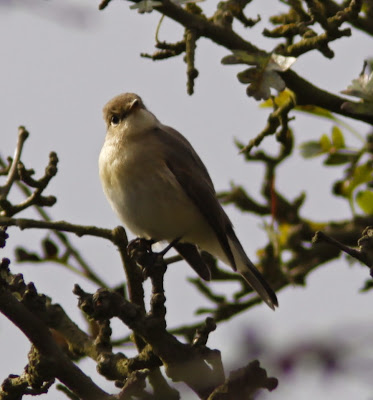 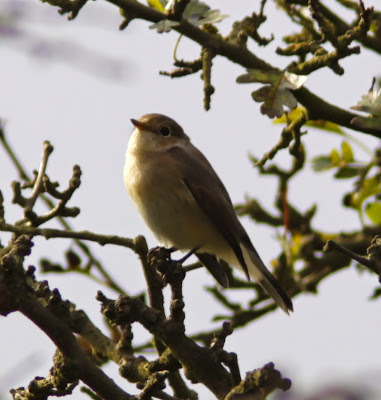 This time we were lucky with the shrike. As we arrived in the designated viewing area,the  the bird began making its way down the hedge line in our direction. Closer and closer it came, eventually getting to around 100 feet away. Birders piled in to get a view of a bird they had probably only seen at 3 times that distance earlier. Luckily I had my scope on the bird and a queue of around 20 birders thanked me for letting them get a decent glimpse. 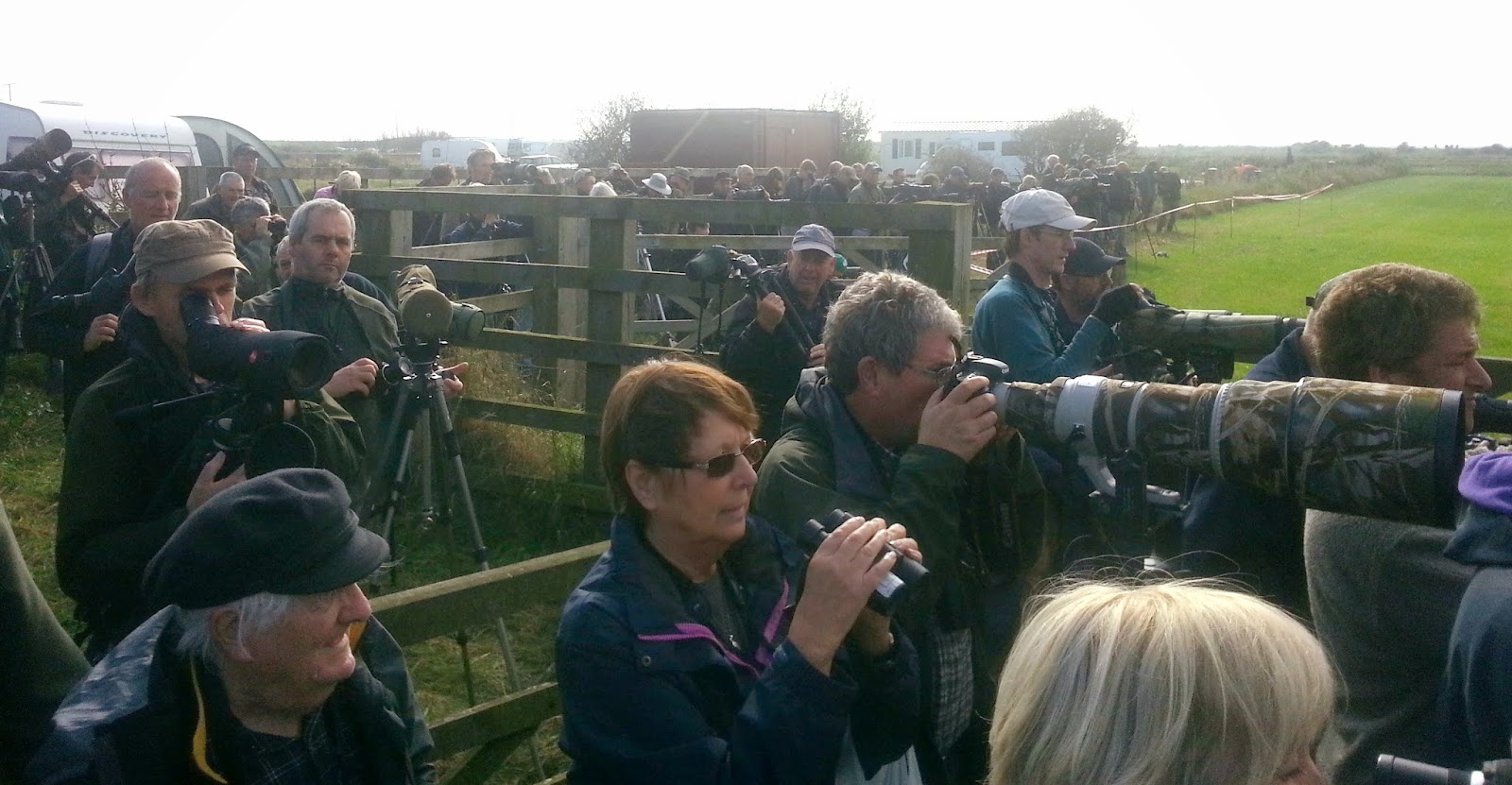 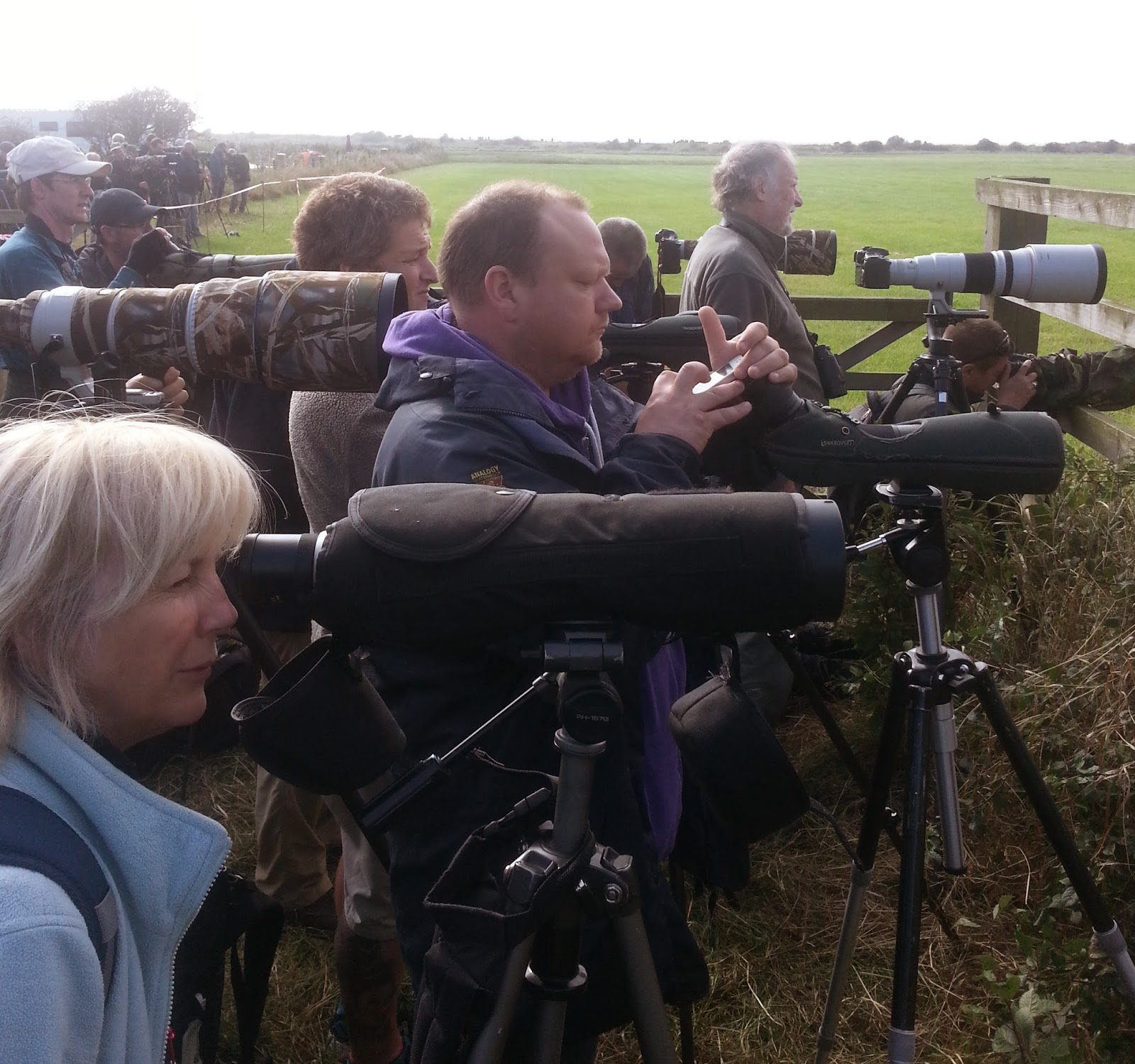 Hawky in the thick of it 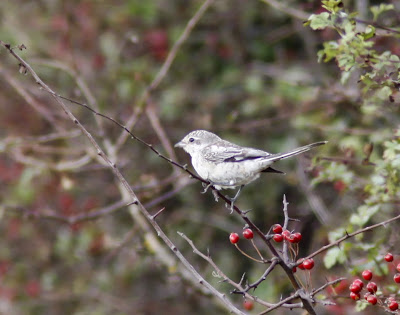 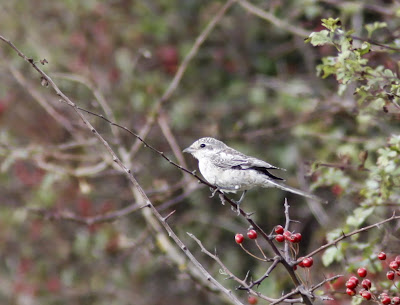 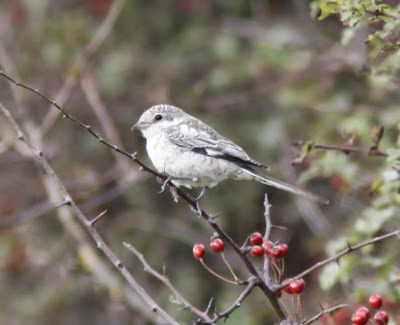 All in all it was a very enjoyable, if tiring day, with plenty off good birds, with the rare little shrike on the top of the pile.
Posted by Martin Blow (martin.blow@rocketmail.com) at 12:53