I managed to squeeze a few hours out of my busy schedule today to head down to Kent coast to twitch a European Bee eater. I have only ever seen one in the UK and that was just last year, with Shaun, up in Norfolk. So when news came through that yesterday's bird was still at Pegwell Bay, I jumped into the car and headed south east. Less than 1.5 hours later I was there.

I was lucky to pick up the bird in flight as I arrived and saw roughly where it headed. Another brief but obscured views was had before again it was off. I went off to find it and luckily stumbled across it as I rounded a bend around 50 yards away in a bare tree. I took a couple of record shots (below) before creeping closer. Great scope views were had for just a couple of seconds before again it was off. This time I couldn't relocate it despite looking for a further 45 minutes. 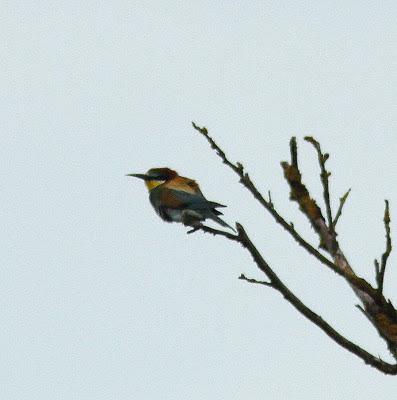 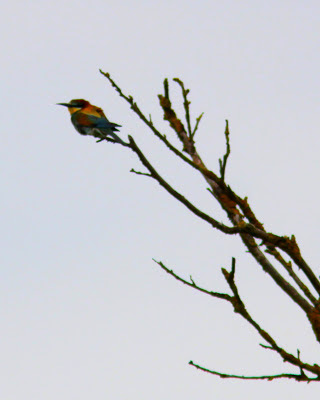 News came through of a Black Kite which was on my route home. It would have been rude to not have stopped off, so I did, and saw only my 3rd ever Black Kite in the UK. It showed relatively distantly over corn fields before drifting off slowly east. 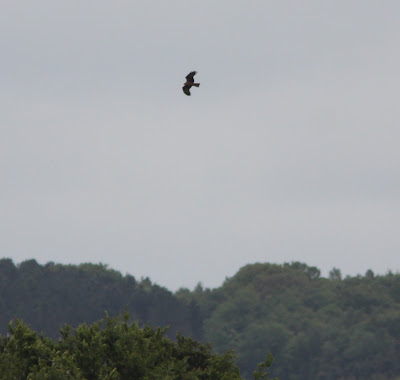 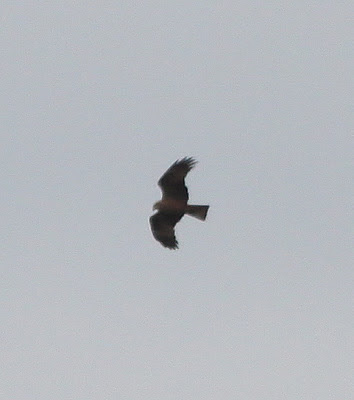 Two great birds in around 2 hours of arrival and a hopefully the shape of things to come.

Posted by Martin Blow (martin.blow@rocketmail.com) at 07:48