Unfortunately it wasn't a tick fest for me, but it was for Shaun's 12 year old Nephew, George, who I believe came away from a mere 5 hours birding with 16 ticks! Ah those were the days.

We started at Lakenheath RSPB where the Golden Orioles are still to arrive. The previous day an adult  male Red Footed Falcon had been on site but the last report the night before was that there was no further sign. But as our day out was to get George as may ticks as possible we decided Lakenheath was still probably as good a place as anywhere.

We were very pleased to see as we were just 20 minutes from the car park that the falcon was indeed still present, as was an elusive Purple Heron. Both would be fantastic ticks for George if we could see them.

Things started off well with a cuckoo (tick), then 2 Common Cranes (tick) but spotting the falcon up high with at least 10 Hobbys (tick) was proving tough at a distances of around 1/4 mile. After all it's a small bird! And that is what gave it away, one bird was markedly smaller than the others and after 30 minutes or so it balled ball as started hunting over our heads! 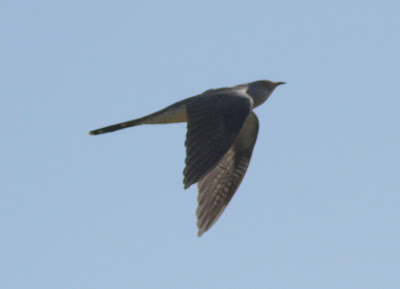 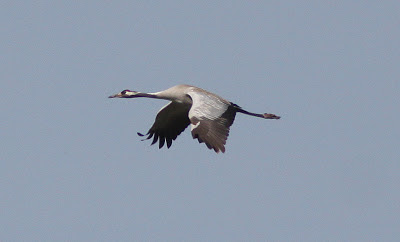 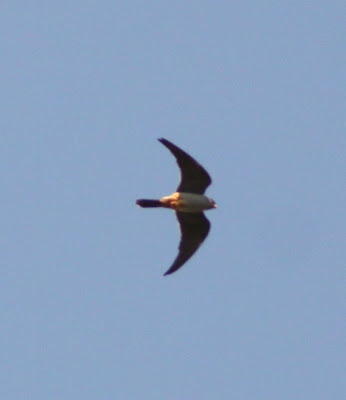 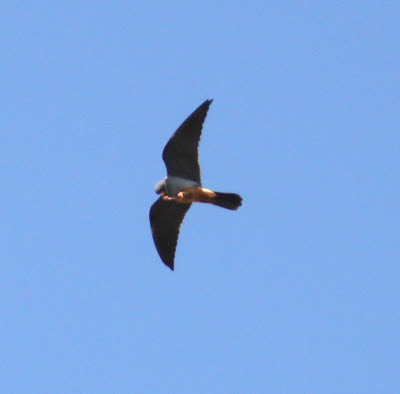 We gave the Purple Heron a try but apparently it was extremely elusive often only being seen in flight once a day, so the 20 minutes we gave it was only ever going to be unsuccessful. We counted at least half a dozen booming Bittern hidden in the reed bed but all were heard and not seen.

We headed off to Weeting and duly paid our £4.25 to the Nolfolk Wildlife Trust to add Stone Curlew to George's list where he also added Tree Pipit and Yellowhammer.

We were flagging by 2.30pm. The sun had been beating down on us all day so we decided to call it a day. On the bright side I was home in the garden, feet up with a cold beer by 4pm. So still no ticks but certainly some enjoyable birding.

Watch this space for an update in the coming weeks from Lakenheath as I must get back up there and see the Orioles when they arrive.
Posted by Martin Blow (martin.blow@rocketmail.com) at 11:44