Shaun and I headed around the M25 this morning to see the large flock of Hawfinches that have been seen recently around Box Hill, Surrey. We counted 34 birds but unfortunately they stayed quite distant the whole time we were there. It was still the largest flock of Hawfinch either of us had seen. We headed home and stopped at Ferry Lane, Rainham, hoping for Black Redstart, and we were not disappointed.

The first birds of note were a pair of Common Scoter on the Thames, good birds for Rainham, but they were soon chased off by a Herring Gull. Next, was a Water Pipit, good but brief views were had but I couldn't get any shots before it flew up the shore but despite a good search we could not re locate it. 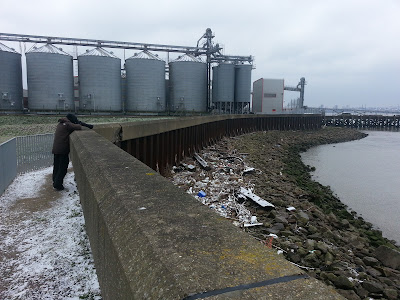 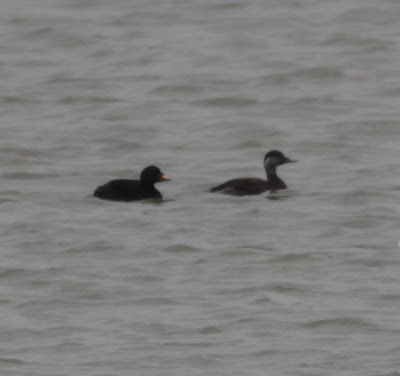 Record shot of Common Scoter on the River Thames 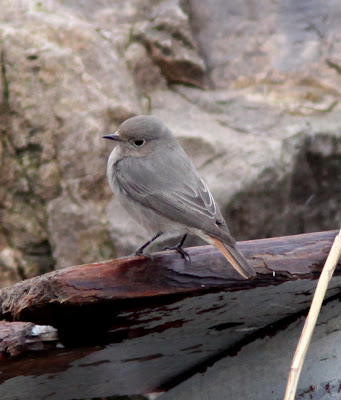 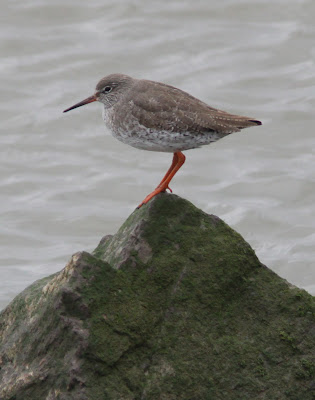 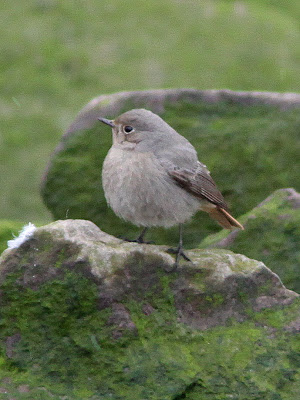 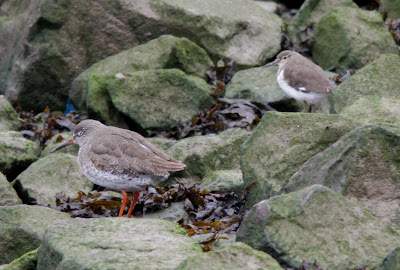 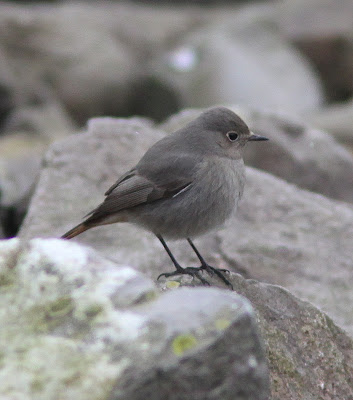 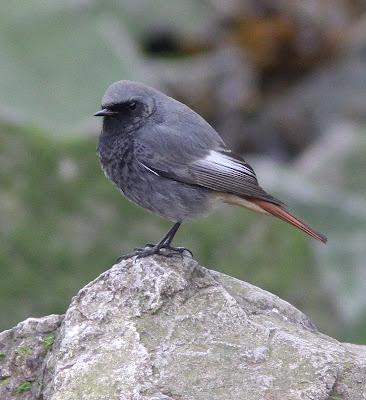 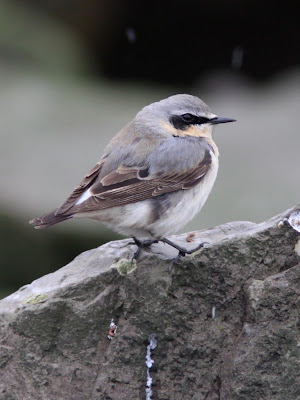 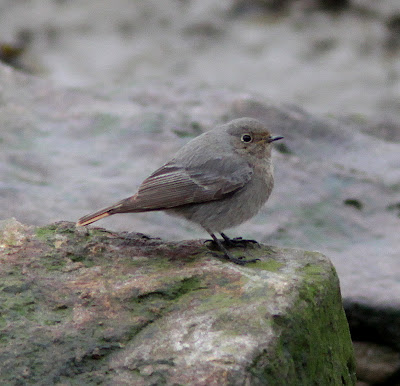