Just back from a very successful, if tiring, weekend in Cornwall. On the back of monster Cory Shearwater passage past Porthgwarra, me, Hawky and Bradders Jnr, decided late in the day on Friday to make the long journey south west to try and catch the tail end of it and hopefully a Corys or two.

We left Essex at about 11.30pm, driving though the night arriving on site after a stop or two about 5.30am. We were the only birders on site when we arrived at the cliff top 15 minutes later. Quickly setting up our monster sea watch session began, and it didn't take long to get interesting. 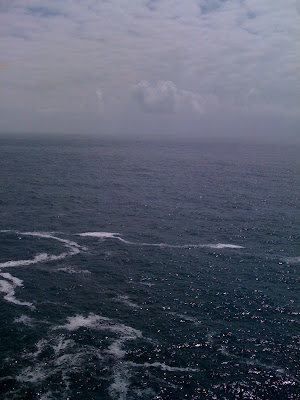 Just 5 minutes in, Bradders calls an interesting large shearwater around the Runnelstone (you can just make it out in the pic above), lolloping along, droopy winged Hawky immediately calls it as a Corys. We watch it for 5 minutes or so until it slowly heads out of site west. 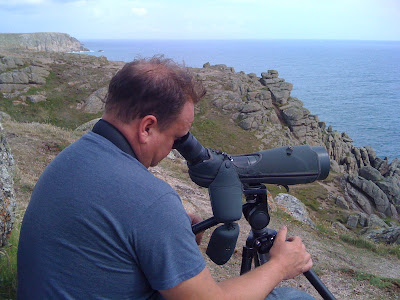 Throughout the rest of the day we have good numbers of many sea birds, but surprisingly just one more Corys, eight hours later at 2pm. During this time we had 500+ Manxs, 30+ Storm Petrels, 20 ish Sootys, around 10 Balearics, and 7 or 8 Poms. 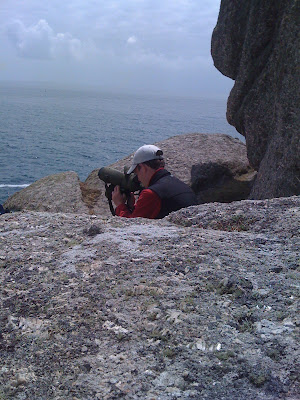 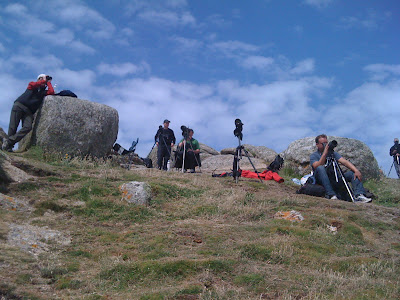 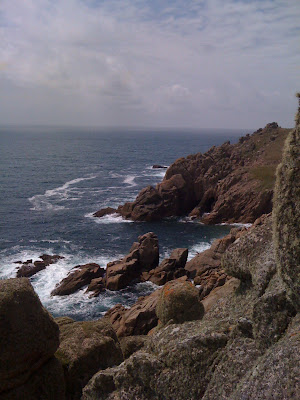 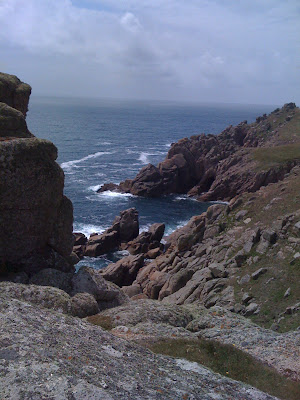 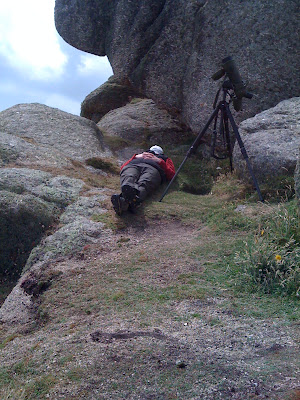 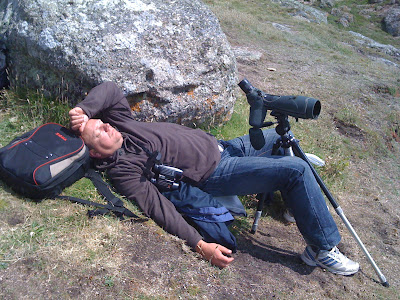 The excitement got too much at times! Or was it no sleep and sitting in the sun for hours?! 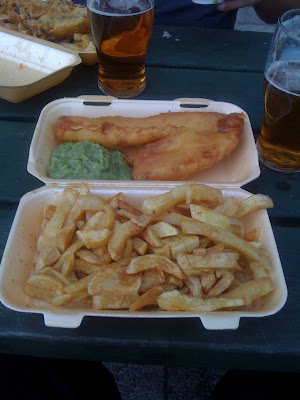 After an early night we were up early and heading home via Devon, hoping to catch up with the now long staying Bonapartes Gull. Luckily we plumped for the site near Topsham where it was last reported the day before and Hawky-eye located it within minutes. Pulling that out at distance from the many juv Black Headed Gulls was an impressive feat! After 10 minutes it flew up stream and despite two further stops we could not relocate it.

It was all very tiring but worth it. Two ticks in a weekend, can't be sniffed at! BOU 381.

Posted by Martin Blow (martin.blow@rocketmail.com) at 00:02