Cracking day out in north Norfolk today with Jono, Stuart and Nick. Our first stop was over in the very east of north Norfolk for White Stork. On arrival at 7.30am there was no sign, so we split into 2 groups, with Jono and I heading to the local land fill site and Stuart and Nick searching the local fields. An hour or so later, bingo! Stuart and Nick had relocated the bird distantly over the river in Suffolk. We viewed the bird distantly (from Norfolk) for 15 minutes before it took flight, heading our way. We hoped it would land in the pools nearby but a crow had other ideas and chased it away, although it appeared to land not too far away. A good start to the day, especially for the others as it was a lifer for them. It my 2nd after a bird at Rainham Marshes briefly in 2006. 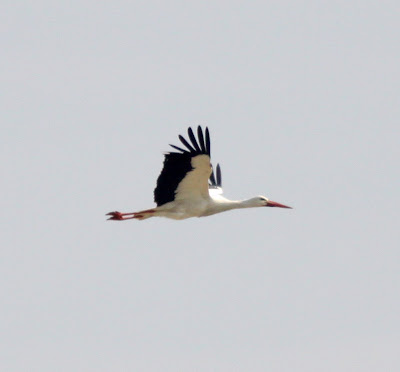 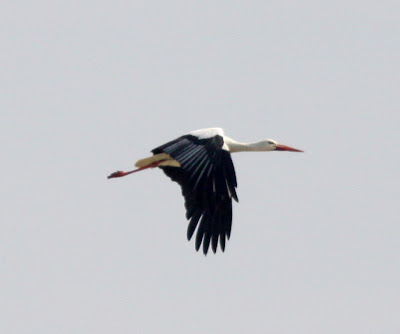 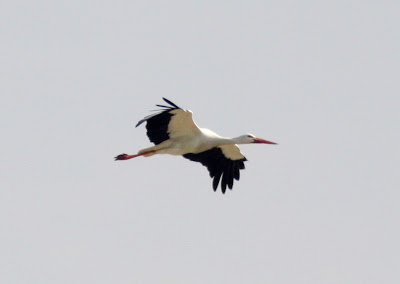 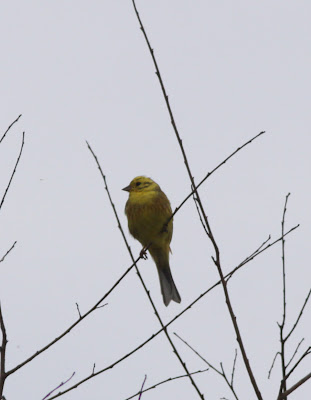 Next it was the long and slow drive to Cley where the previous night's Citrine Wagtail was still present. On arrival almost 1.5 hours later the bird had not been seen for hours so rather than stand around chatting we headed to the main reserve to check out the scrapes. On route we had Wheatear and Yellow Wagtails, in Eye Field, including a very smart Blue Headed Wagtail and on the north scrape, from the hide, we added 4 Temmicks Stints. On the shingle bank 200 yards away 5 Shore Larks were very skittish but provided good scope views.

After a long walk round we arrived back at the Citrine Wagtail site to be told it has been seen briefly in flight, however, we had also found out via the visitors centre log book that a Richard's Pipit had been reported back in Eye Field, so back we went again. Passing Winchat on a fence, we arrived at Eye Field and located the large pipit straight away. Distantish but decent scope views gave us plenty of discussion points, leading us to rule of Tawny Pipit, leaving us happy with an ID of Richards. Finally after giving up on the Citrine Wagtail, 7+ Wood Sandpipers were found on a scrape by the car.

A great day could only have been better if the Collared Flycatcher at Holme had been found an hour earlier, as by the time we got the news were 30 miles away on our way home. At least we'd seen one before, otherwise I think we'd have turned around and gone back, and faced the wrath of Mrs' B and L!
Posted by Martin Blow (martin.blow@rocketmail.com) at 11:38